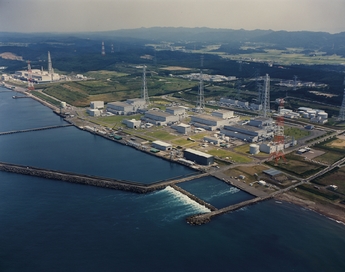 Earthquake damage at the Japanese Kashiwazaki-Kariwa nuclear complex is less than expected, a new report from the International Atomic Energy Agency (IAEA) says.

Although it appears that the earthquake of 16 July significantly exceeded the level of the seismic input taken into account in the design of the 8212MWe plant, the installation behaved in a safe manner, during and after the earthquake. “Safety related structures, systems and components of the plant seem to be in a general condition, much better than might be expected for such a strong earthquake, and there is no visible significant damage,” the report states.

In particular, the automatic shutdown of the reactors of Units 3, 4 and 7, which were at full power, and of the reactor of unit 2, which was in the start up state, were performed successfully. According to the report's findings, this is probably due to the conservatisms introduced at different stages of the design process, the so-called 'design safety margins'. “The combined effects of these conservatisms were apparently sufficient to compensate for uncertainties in the data and methods available at the time of the design of the plant, which led to the underestimation of the original seismic input”, it says. However, while the plant’s nuclear components appear to be in a satisfactory state, non-safety related structures, systems and components were affected by significant damage such as soil and anchorage failures and oil leakages.

The report follows a four-day physical examination of the plant’s seven units and other facilities by an IAEA team and also suggests that a re-evaluation of the seismic safety the Kashiwazaki-Kariwa complex needs to be done taking into account the lessons learned from the Niigataken Chuetsu-Oki earthquake. In particular, detailed geophysical investigations are foreseen both on land and offshore in order to define the new seismic input to the plants. These investigations, it is stated in the report, should address the issue of the potential existence of active faults underneath the site.

Another consideration is the possibility that the long-term operation of components could be affected by hidden damage from the earthquake. Thus, the potential interaction between large seismic events and accelerated ageing may be an important topic to consider in future inspection programmes.