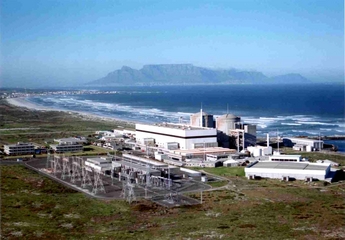 South Africa’s cabinet have approved a 20-year Integrated Resource Plan (IRP) that calls for nuclear power to fuel a fifth of country’s new electricity production by 2030. The document is currently going through promulgation or the process of being declared as a new law.

This plan forms the basis for South Africa’s electricity generation mix going forward for an overall period of the next 20 years. Cabinet was informed of the need to diversify the energy mix, with specific emphasis on broadening electricity supply technologies to include gas, imports, nuclear, biomass, renewables (wind, solar and hydro), in response to the country’s future electricity needs as well its obligation to fulfill CO2 emissions reduction.

The plan includes 9.6 GW of nuclear; 6.3 GW of coal; 17.8 GW of renewables; and 8.9 GW of other generation sources in addition to all existing and committed power plants (including 10 GW committed coal).

“Committing to a full nuclear fleet of 9600 MW…should provide acceptable assurance of security of supply in the event of a peak oil-type increase in fuel prices and ensure that sufficient dispatchable base-load capacity is constructed to meet demand in peak hours each year,” the plan notes.

The 9.6GW is equivalent to six power stations (e.g. six 1600MW EPRs) depending on the choice of technology.

Before the IRP was approved Eskom spokesman for nuclear power Tony Stott told the South African Press Association that Eskom was familiar with pressurised water reactors and would want to stick with that design for future nuclear power stations in the country.

"We also know that if we do build more, we would buy modern technology, and certainly the events that happened would be looked at and taken into account to see what technology should be used."

The Integrated Resource Plan (IRP) is a living plan that is expected to be revised and updated by the Department of Energy as necessitated by changing circumstances, and at least every two years. The next revision is expected in 2012, at the latest.