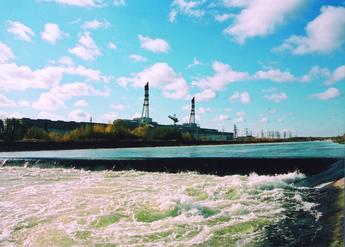 On 8 March an agreement was signed to build a new nuclear power plant, almost certainly in Lithuania. The national energy companies of Lativa, Lithuania and Estonia (Latvenergo, Lietuvos Energija and Eesti Energa, respectively) would each contribute one third of the estimated €3-4 billion cost, but may also offer participation to neighbouring Poland as well as private investors.

Lithuanian prime minister Algirdas Brazauskas said that although the deal does not specify the location of the new unit, “it is necessary to use the existing capacities of the Ignalina nuclear power plant.”

Electricity requirements in the three former Soviet states were once catered for by the massive Ignalina plant in Lithuania, which hosted two 1500MWe RBMK units. Unit 1 was shut down in 2004 and unit 2 must be closed by 2009 as part of agreements Lithuania made to join the European Union (EU). At the moment, unit 2 provides about 75% of Lithuania's electricity as well as a surplus for export to Estonia, Latvia and the Russian enclave of Kaliningrad.

The director general of Lietuvos Energija, Rymantas Juozaitis, said that a committee would prepare a feasibility study for the new unit: “Four working groups have been formed. They will have to prepare concrete proposals before 1 November 2006." He added that any new plant would not be commissioned before the 2017-2020 timeframe.

The Baltic states are concerned that they are not included in the main EU grid and may be bypassed by a gas pipeline from Russia to Germany. In the near term, the countries face reliance on imported Russian gas – not a popular option. Together, the three states intend to develop an integrated regional energy market and new facilities such as a liquefied natural gas terminal.