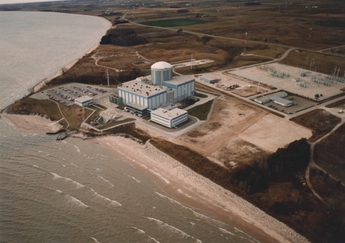 Dominion says that it plans to close and decommission its Kewaunee Power Station in the US state of Wisconsin, after being unable to find a buyer for the 556-megawatt nuclear facility. The decision was based ‘purely on economics’ it said.

Dominion purchased Kewaunee in 2005 for $220 million in cash, including $36.5 million for nuclear fuel

The Kewaunee station, a Westinghouse pressurized water reactor, began commercial operation in 1974. It is expected to cease power production in the second quarter of 2013, Dominion said, pending a grid reliability review by the Midwest Independent Transmission System Operator (MISO).

“This decision was based purely on economics. Dominion was not able to move forward with our plan to grow our nuclear fleet in the Midwest to take advantage of economies of scale,” said Thomas F. Farrell II, Dominion chairman, president and CEO.

“In addition, Kewaunee's power purchase agreements are ending at a time of projected low wholesale electricity prices in the region. The combination of these factors makes it uneconomic for Kewaunee to continue operations," he added.

Dominion said that it plans to meet its obligations to the two utilities that purchase Kewaunee's generation through market purchases until the power purchase agreements expire in December 2013.

Despite the 22-October announcement, Farrell said that Dominion still firmly believes that nuclear energy must play an important part in the US energy future.

"The situation Dominion faces at Kewaunee is the result of circumstances unique to the station and do not reflect the nuclear industry in general,” Farrell said.

Dominion started seeking a buyer for Kewaunee in April 2011, as part of a ‘regular review’ of its assets, but has been unable to find a buyer. In February 2011, the station, located on Lake Michigan, was granted a 20-year operating licence extension from the US Nuclear Regulatory Commission, which allows operation until 2033.

Related ArticlesNuclear in Southeast Asia – where and when?
Post to: