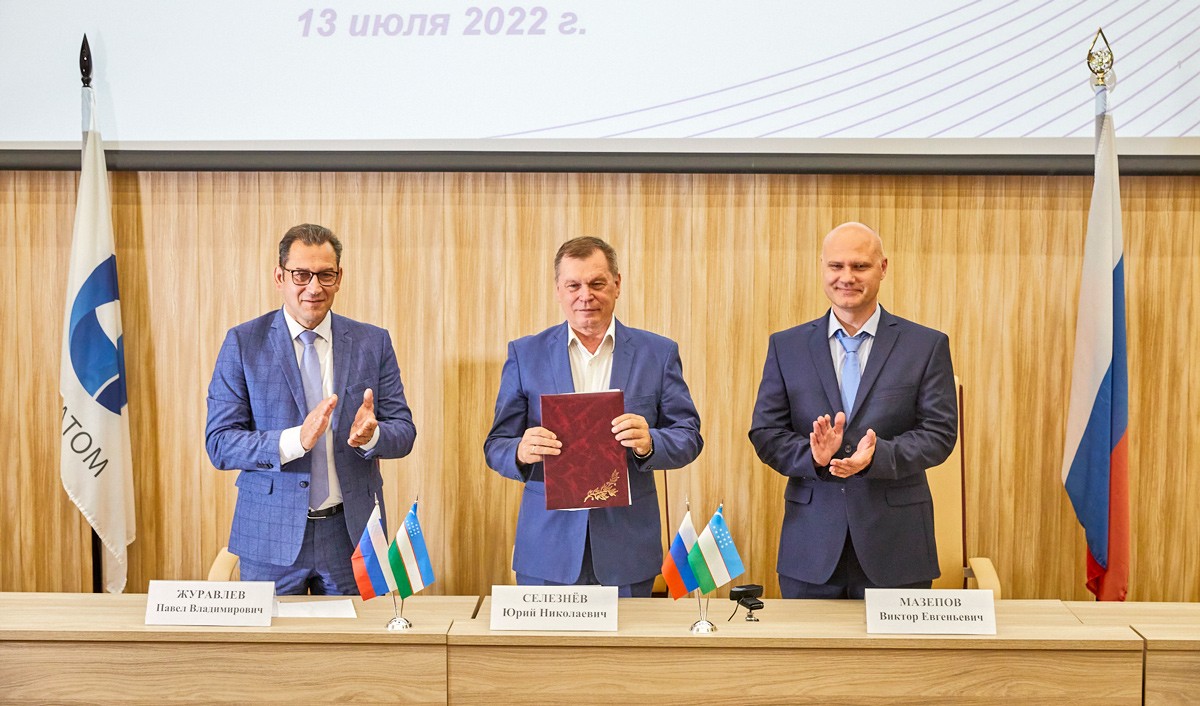 Uzbekistan’s Nuclear Energy Development Agency under the Ministry of Energy, Uzatom, has signed a memorandum of understanding (MoU) in the field of nuclear infrastructure development with Rosatom Technical Academy and Russian nuclear utility Rosenergoatom. For Russia, the MoU was signed by the General Director of Rosenergoatom, Andrey Petrov, and the rector of the Rosatom Technical Academy, Yuri Seleznev. General Director of the Uzatom Agency Zhurabek Mirzamakhmudov signed for Uzbekistan.

Cooperation will be aimed at developing the national nuclear infrastructure of Uzbekistan, as well as raising awareness of the general public about nuclear technologies and their applications.

The agreement is focused on the implementation of cooperation in several areas, among which special attention will be paid to the training programme for teachers in Uzbekistan, the organisation and conduct of technical tours to Russian NPPs, as well as internships at NPP training centres in Russia (including visits to full-scale simulators and laboratories). The MoU also provides for the participation of specialists from Uzbekistan in the joint activities of the Technical Academy of Rosatom and the International Atomic Energy Agency (IAEA).

One of the first joint activities will be participation of Uzbek specialists in the IAEA school on research reactors, which will be held in St. Petersburg in August.

The Rosatom Technical Academy is a modern platform for training personnel in the Russian and foreign nuclear industry including a network of educational and methodological centres. In 2021, the Academy's specialists organised and held 68 international events, in which 1,095 students from 64 countries took part. The Technical Academy is recognised as the IAEA's centre of cooperation in a number of areas including nuclear technologies, non-energy applications, global nuclear security and physical protection, as well as in the field of safeguards.