Survey of fusion energy companies released by UKAEA and FIA 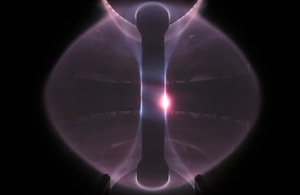 A new survey from the US-based Fusion Industry Association (FIA) and the UK Atomic Energy Authority (UKAEA), released on 28 October, provides a snapshot of the state of the growing fusion industry.

The Global Fusion Industry in 2021 survey, the first by FIA and UKAEA, aims to build a directory of fusion energy businesses and provide a periodic update on the sector. The 48-page report compiles information provided by 23 private companies developing commercial fusion power, including the world’s most advanced players.

There are now at least 35 global fusion companies (12 are either early stage or in stealth mode so declined to participate in the survey) and progress is accelerating. Of the 23 companies featured, 15 (65%) were founded since 2010.

18 of the 23 companies have declared private funding of almost $1.8bn to date, plus an additional $85 million in grants and other funding from governments taking the total to $1.87bn. Four companies – Commonwealth Fusion Systems, General Fusion, TAE Technologies and Tokamak Energy – currently account for 85% of this funding. There is still enormous scope for investment and innovation in this emerging industry.

Companies are taking a variety of technical approaches to solving the challenges of fusion power, working on a range of scales. The vast majority of fusion innovation is focussed on electricity generation, named as a core target market for all but one of the companies questioned (96%), but almost half see the possibility of also applying their technology to space propulsion.

The survey found that 71% of companies believe a 2030s target is achievable for the clean energy technology, while 20% believe that it won’t be ready until the 2040s or 2050s.

“Fusion has the potential to revolutionise the low-carbon energy supply and provide the non-variable power that will be required to meet the world’s ambitious goals. This survey shows how, largely outside the headlines, the private fusion industry is accelerating towards commercial power,” said Melanie Windridge, FIA Communications Director. “The ambitious timescales highlighted in our first Fusion Companies Survey demonstrate the drive and commitment that exists within this growing industry.”

“The global need for schedulable and abundant low-carbon energy now presents itself to us with a stark clarity, and so the imperative for fusion energy has never been never greater,” commented Tim Bestwick, Chief Technology Officer at the UKAEA. “We are very pleased to have partnered with FIA to produce this survey, which we hope will be a useful and important reference for all of us involved in this exciting new industry.”

In the Foreward, FIA and UKAEA say their joint aim “is to build a directory of fusion energy businesses and gather statistics to provide a useful reference point for this emerging, and growing, sector”.

They add: “In this report, we strive to be impartial, presenting the information on the various companies as it has been conveyed to us. All company achievements and data are entirely self-reported. It is not an exhaustive survey. We approached the fusion businesses that we know about and where contact information was available. Their responses were entirely voluntary. There will be companies that we have missed because we do not yet know about them, or because they declined to participate. This survey should be seen as a snapshot in time; a view of the industry when the survey was conducted in the second quarter of 2021. Repeating the activity year on year will enable us to see the picture evolving.”