Rosatom consolidates its role in development of the Arctic 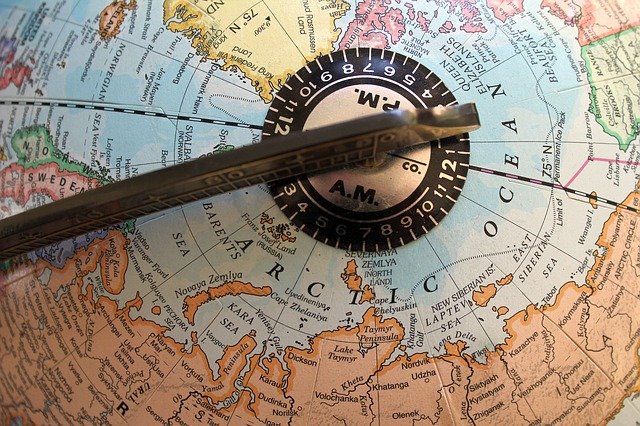 Rosatom and GDK Baimskaya on 23 July signed an agreement to jointly implement a project to supply power to the Baimsky mining and processing plant (Baimsky GOK), which is located in Russia’s Chukotka Autonomous Okrug.

The parties agreed that they would conclude a long-term “take-or-pay” contract for the sale and purchase of electricity by April 2022.

Rosatom has proposed using optimised floating NPPs (FNPPs) with a capacity of 106MW based on RITM-200 reactors to provide electricity to the Baimsky GOK. These units are already under construction at Rosatom’s mechanical engineering  division, Atomenergomash.

“We expect to build four power units: three main units and one standby unit that will be used during the repair or refuelling of one of the main units,” said Ruksha. He noted that the first two units are expected to be delivered to their working location in the water area of Cape Nagleynyn and connected to power lines leading to the Baimsky GOK at the end of 2026; the third unit will be connected at the end of 2027.

An important part of the agreement is the parties’ intention to assist in changing current Russian legislation concerning the electric power industry to allow for more efficient investment in the Arctic. The parties maintain that change is necessary to create effective mechanisms in order to repay investors who develop long-term projects in the Arctic. “The conclusion of a long-term electricity purchase and sale agreement between ROSATOM and GDK Baimskaya will become the most important events in the largescale programme for the development of the Russian Arctic,” said Novachuk at the signing event.

This agreement was concluded in the framework of a comprehensive roadmap for the implementation of investment projects for the development of the Baimsky metallogenic zone. This roadmap was approved by Russia’s Deputy Prime Minister and Presidential Envoy to the Far Eastern Federal District Yury Trutnev on 7 June 2021.

GDK Baimskaya is developing the large Peschanka copper deposit, which is situated in the Baimskaya licensed area of Russia’s Chukotka Autonomous Okrug. It is estimated that the deposit contains 9.9 million tonnes of copper with an average grade of 0.39% and 16.6 million ounces of gold with an average grade of 0.21 g/t. Both estimates have been recorded in accordance with the JORC code. The project’s construction budget is estimated at $8 billion.

Rosatom signed several other agreements during Arctic Day. Rosatom and Aeon Infrastructure Corporation plan to create a strategic partnership in the field of Arctic shipping. Rosatom subsidiary Atomenergoprom and Aeon concluded a corresponding preliminary agreement to implement joint Arctic shipping projects including construction of vessels for the delivery of both general cargo and the products of the Syradasay coal deposit from the Taymyr Peninsula.

“We must look at coastal and transit shipping in the Arctic as well as at NSR port infrastructure, at the stage of both construction and operation, through the lens of environmental safety. Any of our actions in the Arctic should preemptively undergo a serious environmental impact assessment,” said  Rosatom Director General Alexei Likhachev.

Director General of Moscow State University’s Marine Research Centre Dmitry Korost said: “Over the coming year, a group of international experts will be formed and will start developing a set of monitoring and environmental protection measures based on the best global practices, as well as implementing an effective mechanism for assessing data from international, federal, regional, and local sources on the environmental impact of the operation of the NSR and on the measures being undertaken for the protection [of the Arctic].”

Rosatom signed an agreement with UAE-based logistics company DP World on joint development of pilot container traffic between North-Western Europe and East Asia using the backbone transport infrastructure in the Arctic. Russia’s government has designated   Rosatom as single infrastructure operator of the NSR in accordance with the NSR infrastructure development plan until 2035. Rosatomflot provides nuclear icebreaker support along the NSR route.

Rosatom is developing a new area of logistics business and Eurasian transit based on the branch logistics integrator - Rusatom Cargo. Following the agreement with DP World, the companies believe their cooperation will allow the market to pilot an additional route for the transportation of goods, which will increase the stability of the Eurasian commodity exchange and world trade in general. To support this co-operation, Rosatom and DPWorld also signed an agreement to establish a joint venture for the implementation of a pilot transit project through the NSR. The agreement was signed between Rusatom Cargo and DPWorld Russia FZSO.

NSR cargo transportation increased this year by 2.59%, and the intensity of shipping by 25.73% compared with the same period in 2020, according to the federal state budgetary institution Administration of the Northern Sea Route (ANSR). As of 22 July, ANSR has this year issued permits for NSR navigation to 640 vessels (509 in 2020), including 87 vessels under a foreign flag (77 in 2020).