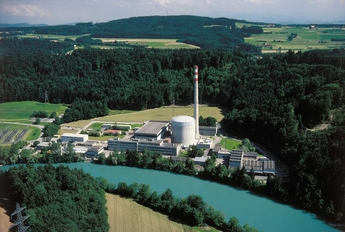 The operator of the Muehleberg nuclear power plant in Switzerland has applied to extend the life of the plant beyond June 2013, and has submitted a comprehensive maintenance plan to the authorities.

BWK Inc. submitted its application to the Federal Department of the Environment, Transport, Energy and Communications (DETEC) on 9 August, describing it as a “precautionary measure” to ensure the continued operation of the plant.

The utility is contesting a ruling by the Swiss Federal Administrative Court earlier this year, which overturned a 2009 decision by DETEC to abolish the time limit on the operating licence for Muehleberg. The Court said that a new licence application and maintenance concept would need to be submitted to DETEC to allow operation beyond 28 June 2013.

Now this has been done, a decision on the future operation of Muehleberg remains “in the hands of the authorities,” BKW said.

BKW expects the cost of the planned upgrade measures to amount to around CHF 170 million (EUR 140 million). Added to this are the maintenance and replacement costs of around CHF 20 million (EUR 16.7 million) per year for the next ten years.