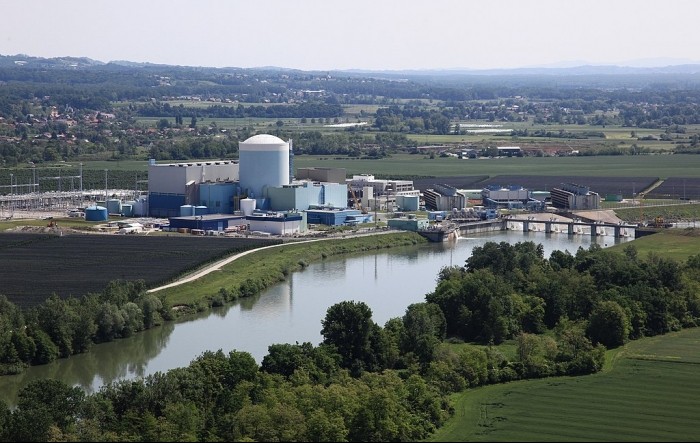 Slovenia's Environmental Protection & Spatial Planning has issued a permit to extend the operating life of the Krsko NPP until 2043. The Krsko plant is co-owned by Croatia’s Hrvatska elektroprivreda (HEP) and Slovenia's GEN Energija. Krsko NPP, located in Slovenia near the border with Croatia, generates some 40% of Slovenia's electricity output. The 696 MWe Westinghouse pressurised water reactor, which is some 100 kilometres from the Austrian border, is Slovenia's only NPP.

The Krsko plant, which was put into operation in 1983, produces an average of 5.6 TWh of electricity a year, divided equally between Croatia and Slovenia. The plant annually covers about 20% of Slovenia's and about 16% of Croatia's needs for electricity.

HEP said decision "has strategic importance, both for the Croatian Electric Industry, as a 50 percent co-owner of NEK, and for the entire Croatian energy sector, from an economic, energy and environmental aspect, especially in the circumstances of the current energy crisis."

The process for obtaining environmental consent was long and highly complex. The application had been submitted to the ministry in October 2021. Several scientific institutions from Croatia and Slovenia participated in the preparation of documentation, analysis, and expert evaluations, as well as the preparation of an environmental impact assessment (EIA). Environment minister Uros Brezan said in a statement that the permit also addressed resistance to climate change and external factors, as well as the issue of warming watercourses. Since the plant is located in an earthquake zone, an emphasis was also placed on earthquake safety.

The final permit ran to 300 pages. Some 50 experts participated in the environmental assessment and the resulting action plan will be finalised by mid-2023, according to Stanislav Rozman, President of the management board of plant operator, Nuklearna Elektrarna Krsko (NEK). An international working group involving some 30 countries based on the Convention on Environmental Impact Assessment in Transboundary Context drew up the instructions for conducting the EIA.

A cross-border environmental impact assessment was also carried out with the neighbouring countries of Croatia, Italy, Hungary and Austria as well as Germany, and delegations from Italy and Austria made an additional visit to the plant, the government said. In July 2021, the infrastructure ministry issued an energy permit for the construction of a second reactor unit at Krsko, but the decision was opposed by Austria. Slovenia is preparing for a referendum on the issue.

Infrastructure minister Bojan Kumer said in a statement that the use of nuclear energy, in view of the current energy crisis, “is an important topic for the future generations of our country, which is why we in the current government have undertaken to thoroughly examine it, taking into account the opinion of the citizens”.

Rozman said the plant will need no physical technological upgrades and NEK expects to complete the installation of a facility for dry storage of used nuclear fuel by the middle of this year. This will fulfil all the conditions and all decisions set by the authorities for extending operation of the plant. After the upgrades, the plant will meet the criteria defined by the EU taxonomy for the long-term operation of NPPs. This year, a third periodic safety inspection will be completed at the plant in which the Slovenian Nuclear Safety Administration will check whether it can operate safely for the next ten years.

In November, NEK completed a planned maintenance of the power plant, which involved replacing 56 of the 121 fuel elements and an extensive standard maintenance and checking programme for mechanical, electrical and instrumentation equipment. The plant was originally designed to operate until 2023. In 2016, however, GEN Energija and HEP decided to extend its lifespan by 20 years until 2043, provided the plant undergoes a security check every 10 years.