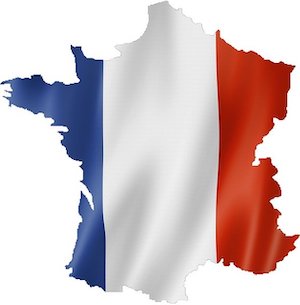 The French government expects plans for new nuclear reactors should be submitted around 2023 with a target date of 2035-37 for the reactors to go online, Berangere Abba, Secretary of State to the Minister for the Ecological Transition, said during a parliamentary debate in the Senate on 6 January.

She said the new reactors would be EPR2 models, improved versions of EDF's EPR, which has suffered years of delays and billions of euros of cost overruns on units under construction in France and Finland. Abba said EDF had submitted safety documentation to the Autorité de sûreté nucléaire (ASN) for the new model and that the regulator had validated its design concept.

French President Emmanuel Macron announced in early November that France was preparing to start construction of new reactors, but as yet few details have been confirmed.

EDF has already submitted a proposal to build six new generation EPR2s for around €50 billion ($56.8bn).

Meanwhile, EDF has extended the shutdown of unit 2 at the Chooz nuclear power plant until 20 April. The reactor was initially due to restart on 23 January, but following inspection EDF detected a generic fault on an emergency cooling circuit. It is the same fault that has been found in two other reactors of the same type at the Civaux. EDF said a repair solution is currently being studied in conjunction with the French nuclear regulator, ASN.

The two Chooz reactors, which were shut down in mid-December are 1450MWe N4 pressurised water reactors —  the most powerful operated by EDF. Their shutdown deprived France of nearly 10% of its nuclear capacity in the middle of winter leading to a surge in electricity prices in wholesale markets in mid-December, when these were already breaking records.

In order to limit the increase for households and businesses, the government is discussing with EDF an increase in the volumes of nuclear electricity sold at cost price under the Arenh system, Le Parisien reported. The Regulated Access to Incumbent Nuclear Electricity (Accès Régulé à l’Electricité Nucléaire Historique - Arenh) mechanism was set up to foster competition and allows rival energy suppliers to buy electricity produced by EDF's nuclear plants in France that were commissioned before December 2010.

According to electricity transmission network operator RTE, nuclear represented nearly 70% of electricity production on 6 January. Currently 52 reactors of France’s 56 reactors are on line.