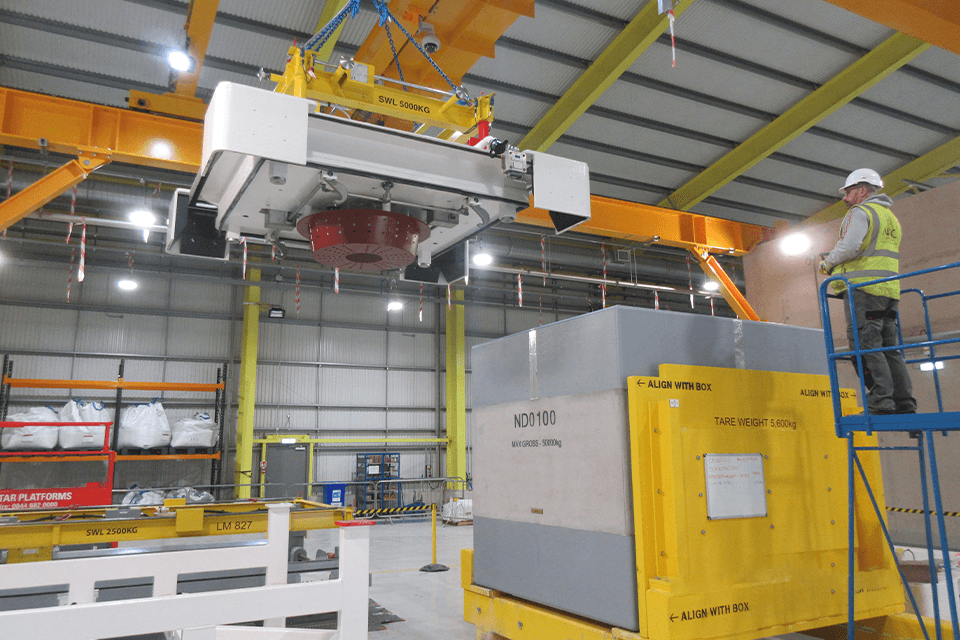 Radioactive waste from underground vaults at the UK’s closed Berkeley NPP has been transferred using a concrete box to an interim on-site storage facility. Magnox Ltd described the event as a landmark for its mission to clean former UK civil nuclear sites. It involved both development of a new waste storage package and innovative waste retrieval techniques.

The UK Office for Nuclear Regulation (ONR) authorised the use of the concrete storage boxes as a suitable container for the transport of the waste from the vaults into the interim storage facility. Paul Jenneson, ONR's Berkeley Site Inspector said it took many years of planning and work to be able to retrieve waste from the vaults and store it in concrete boxes in a modern safe interim storage facility. "Getting to this stage has been a result of a sustained programme of productive and open dialogue and engagement between the regulator and the licensee, Magnox Ltd.”

Mike Heaton, Berkeley Site Director expects that Magnox will be able to use the new approach to help accelerate decommissioning work at some of its other sites. “The boxes will be held at Berkeley for interim storage until a national repository becomes available,” he said.

It is expected to take 4-5 years to remove the full inventory of waste from the vaults at Berkeley. The Berkeley site housed some 620 tonnes of metallic fuel element debris and 6665 containers - some of which are sludge cans - in three underground vaults. A single silo houses charge rods and the chutes used to discharge fuel from the site's two Magnox reactors. 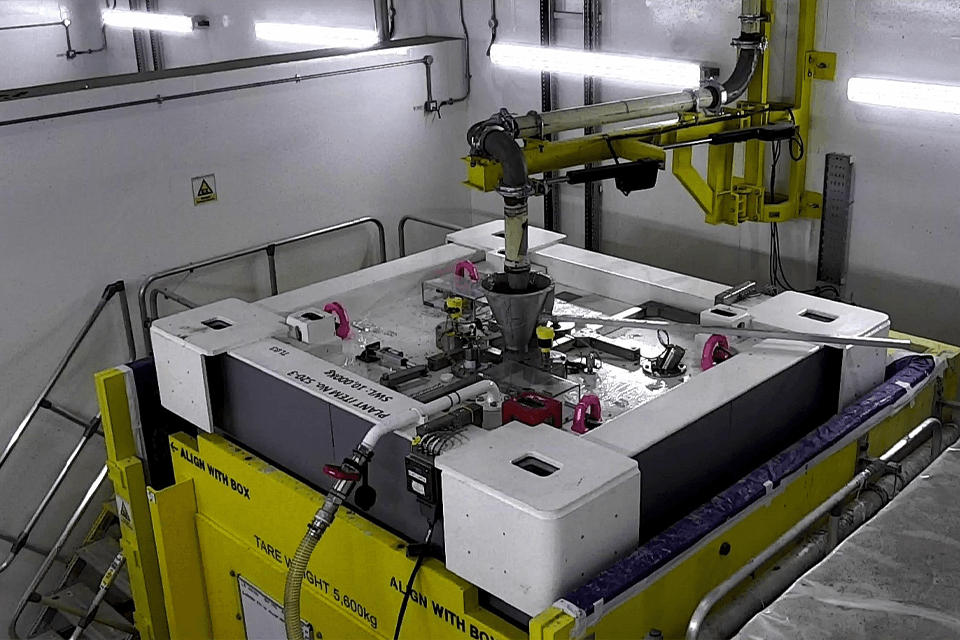 which has already seen the demolition of buildings and removal of redundant equipment at Berkeley. This includes the site’s 310-tonne steel boilers, all 15 of which were sustainably recycled for future use.

The two units at Berkeley were closed in the late 1980s and, in 1992, Berkeley became the first Magnox site to complete defueling. It was also the first to decommission its fuel storage ponds.

In 2010, the units were the first to be sealed up and placed in 'safestor', a passive state in which they will be monitored and maintained until the site is completely cleared after some 65 years.

David Stollard, Programme Manager for the Nuclear Decommissioning Authority said: “This is a significant milestone in our mission to safely and securely decommission our legacy nuclear sites. It was fantastic to see first-hand the culmination of many years of hard work and planning.” He added: “It’s a collective achievement that the whole team are rightfully proud of and we will be looking to take forward the lessons learned and apply them across our other sites.”