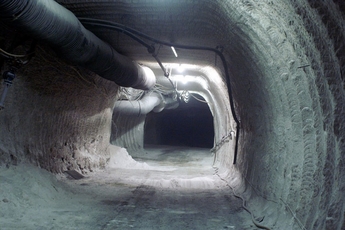 The German federal office for radiation protection (BfS) has recommended the retrieval of thousands of barrels of nuclear waste from the unstable Asse repository in central Germany.

The recommendation put forward by the regulatory body will help the German government to make a final decision on the future of the facility.

There are serious problems with the stability of the repository, which is located in an old salt mine. Groundwater has penetrated into the mine making the chamber ceilings vulnerable to collapse. Salt water has also come into contact with the waste canisters in one of the chambers, leaving them open to corrosion.

BfS considered three options for stabilising the 126,000 barrels of low-level waste. These included: retrieval of the waste; relocation of the waste in a deeper part of the salt dome; filling the voids in the mine with concrete.

In January the authority concluded that, based on current knowledge, retrieval of the waste is best decommissioning option to ensure the long-term security for future generations.

However, it has said that if the waste canisters are in a much worse condition than expected the retrieval option will be reassessed. Many of the canisters were stored in the mine in the 1960s and 1970s and their condition is unknown.

The concept of closure of the former operator Helmholtz Center Munich (filling with a liquid) could be part of a contingency option if the retrieval is no longer sufficient.

BfS took over the operation of Asse a year ago.