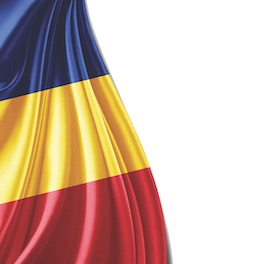 Extending Cernavoda 1
12 May, 2022
Romania is preparing for refurbishment of Cernavoda 1.
> read more

Unlocking the potential of robotics in nuclear 05 May, 2022 Christian Pilon, Head of Robotics - Nuclear at SNC Lavalin, explores the opportunities for integration of robots with remote-control and digital twin technologies in the nuclear industry.

A new dawn for nuclear in Canada’s low-carbon future 26 April, 2022 The annual Canadian Nuclear Association conference was held from 12-14 April. “Together for Net Zero,” landed on the heels of a federal commitment to radical decarbonisation and a...

Monitoring drone developments in the nuclear sector 07 April, 2022 Drones are becoming commonplace and are increasingly being used for radiation monitoring. Judith Perera reviews some recent projects and developments

Innovative robotics for radwaste management 05 April, 2022 A robotic-assisted handling system is being developed in the Virero project to categorise and sort radioactive waste components. It is expected to be completed by the end of 2023....

Is it time for Ireland to consider nuclear power? 31 March, 2022 Ireland wants to reduce electricity emissions intensity to 100g/kWh by 2030 by doubling renewable output. Denis Duff explains why he believes it is time to consider nuclear

Finland’s path to final disposal of nuclear waste 31 March, 2022 We look back at Posiva’s four-decade journey leading to an operating licence application and construction of the world’s first deep geological repository

Securing the cloud 09 March, 2022 Adoption of cloud technologies is a key enabler across the nuclear sector. David Sylvester discusses the security considerations

Nuclear I&C systems in a digital era 08 March, 2022 As nuclear plants continue to transition from analogue to digital instrumentation & control systems, Dr Li Li discusses some of the challenges associated with digital systems

WANO’s approach to excellence 28 February, 2022 After adjusting its way of working during the pandemic the World Association of Nuclear Operators is adapting to better meet the needs of its members. Caroline Peachey spoke to...

Why interpretation of regulatory requirements should be harmonised 24 February, 2022 It is vital that national regulators and reactor vendors learn the lessons of the national approach to regulation of Gen III reactor designs and apply them to the review of...

US DOE releases environmental impact statement for Versatile Test Reactor
The US Department of Energy (DOE) has released the Final Environmental...