Westinghouse reportedly ahead in China 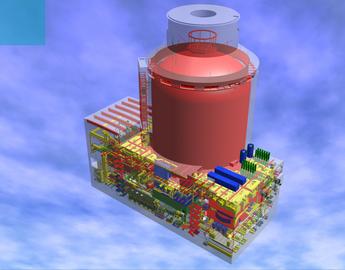 A 15 March report in the French newspaper Les Echos suggested that Toshiba’s new $5.4 billion purchase, Westinghouse, may be in exclusive talks with Chinese officials about upcoming reactor sales.

In September 2004, tenders were invited for the construction of four light-water rectors at Sanmen and Yanjiang. Areva, Atomstroyexport, and Westinghouse are known submitted bids for their EPR, VVER-1000 and A1000 units respectively but little word has emerged from China except that the project, worth up to $8 billion, would be split into two: Two differnet units would be built in the first phase, with decisions on the next two left until Chinese officials had more experience of the designs already under construction.

Areva and Westinghouse were seen as front-runners but now Les Echos has said that Westinghouse may have gained an advantage by offering a very competitive knowledge transfer deal. According to the paper, Westinghouse has agreed to transfer the AP1000 technology for €400 million and then a €15 million royalty for each version built by the Chinese.

French news agency AFX quoted an unnamed Areva official as saying talks remained "underway" and that the Areva had "received no official notification on the awarding of the contract." Thierry Breton, France’s finance minister, told Radio Monte Carlo “it is not over and I have confidence in Areva.”

Qin Gang, a spokesman for the Chinese foreign ministry, said: “We know some companies from some countries are interested in cooperation in this field. China's decision will be based on market-driven principles.”