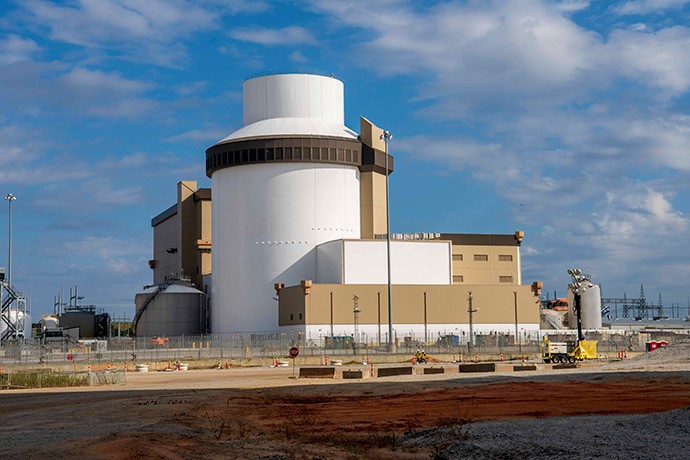 US Georgia Power has announced that fuel load into the reactor core at unit 3 of the Vogtle NPP is underway, marking “a milestone toward start-up and commercial operation of the first new nuclear units to be built in the US in more than three decades”.

Chris Womack, chairman, president and CEO of Georgia Power, noted: "The Vogtle 3&4 nuclear units represent a critical, long-term investment in our state's energy future, and the milestone of loading fuel for unit 3 demonstrates the steady and evident progress at the nuclear expansion site. We're making history here in Georgia and the US as we approach bringing online the first new nuclear unit to be built in the country in over 30 years. These units are important to building the future of energy and will serve as clean, emission-free sources of energy for Georgians for the next 60 to 80 years."

The start of unit 3 fuel load comes after Southern Nuclear received a historic 103(g) finding from the Nuclear Regulatory Commission (NRC) in August which signified that the new unit has been constructed and will be operated in conformance with the Combined Licence and NRC regulations.

During fuel load, nuclear technicians and operators from Westinghouse and Southern Nuclear are scheduled to transfer 157 fuel assemblies one-by-one from the unit 3 storage pool to the reactor core. Start-up testing will begin next and is designed to demonstrate the integrated operation of the primary coolant system and steam supply system at design temperature and pressure with fuel inside the reactor. Operators will also bring the plant from cold shutdown to initial criticality, synchronise the unit to the electric grid and systematically raise power to 100%.

Southern Nuclear will operate the new unit on behalf of the co-owners: Georgia Power, Oglethorpe Power, MEAG Power and Dalton Utilities. Oglethorpe Power President and CEO Michael L Smith noted: "Oglethorpe Power and our member cooperatives commend the dedicated workforce at Plant Vogtle for their tireless efforts to reach this significant achievement. This great news means we are one step closer to bringing Unit 3 online to deliver emission-free, reliable baseload energy for EMC consumers for the next 60 to 80 years."

Georgia approved the Vogtle expansion in 2009 and the Georgia Public Service Commission approved the new reactors in 2012.At that time, the two 1,117MWe Westinghouse AP1000 reactors were expected to cost about $14 billion and to enter service in 2016 and 2017. Construction of Vogtle 3 began in March 2013 and unit 4 the following November

Analysts estimate total costs, including financing, have now increased to more than $30 billion following delays related to the 2011 Fukushima accident in Japan, the 2017 bankruptcy of former contractor Westinghouse, and the coronavirus pandemic. NRC’s approval to begin fuel loading had been delayed because much of the reactor's wiring had to be redone after federal regulators found major flaws. Southern Co also fell behind on inspection documents that had to be completed before the NRC could sign off. Unit 3 is now projected to enter commercial service in the first quarter of 2023, with an in-service target date for unit 4 by the end of that year.