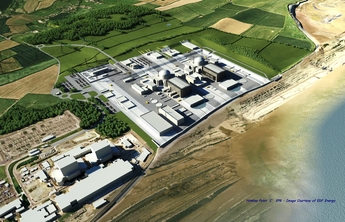 As Nuclear Engineering International magazine revealed, the UK government has dismissed three proposed sites for new nuclear power by 2025: Dungeness, Braystones and Kirksanton, according to energy national policy statements released for a second round of public comment. The deadline for comment is 24 January 2011.

According to a written statement by secretary of state for energy Chris Huhne, a second consultation was required because of changes to non-nuclear energy policy statements released at the same time.

Dungeness was ruled out for environmental reasons, and Braystones and Kirksanton were ruled out because of possible risks to the Lake District National Park, and uncertainty about interest in site development by 2025. Also, three additional sites were discounted for differing reasons: Druridge Bay (Northumberland) because of lack of infrastructure, Kingsnorth (Kent) because of complications of the existing power station, and Owston Ferry (Yorkshire), because of the complications of drawing cooling water from a river.

In the statement, Huhne defined the government's often-stated rule that there be no subsidy for nuclear power: "To be clear, this means that there will be no levy, direct payment or market support for electricity supplied or capacity provided by a private sector new nuclear operator, unless similar support is also made available more widely to other types of generation."

Nuclear power is currently excluded from the UK Climate Change Levy, which offers subsidies to renewable power generation sources such as wind turbines; in the statement, Huhne hinted that this decision may be reconsidered: "New nuclear power will, for example, benefit from any general measures that are in place or may be introduced as part of wider reform of the electricity market to encourage investment in low-carbon generation."

He also said that the government would consider taking title to radwaste: "...within the framework of the Government’s policy under the Energy Act 2008, that new nuclear operators must have arrangements in place to meet the full costs of decommissioning and their full share of waste management costs, we will not rule out taking title to radioactive waste, including spent fuel, at a fixed price provided that price properly reflects any financial risks or liabilities assumed by the state."

He also said that the government would propose to change the Paris Convention on nuclear third party liability, and the Brussels Supplementary Convention. He said that the changes would impose a more stringent regime for operators, and would consider removing the upper liability cap, which currently stands at GBP 140 million.

Huhne said: "Arguably, few economic activities can be absolutely free of subsidy in some respect, given the wide ranging scope of state activity and the need to abide by international treaty obligations. Our “no subsidy” policy will therefore need to be applied having regard to proportionality and materiality."

Following a public consultation that ended in June, the government has started new legislation in the House of Commons for nuclear waste disposal.

The government also signed a regulatory justification for the AP1000 and EPR reactor designs. Following 2004 regulations, it is required to justify that new reactors are worth the potential radiological risk. Following three consultations have taken place—one on the regulatory review, and one on each design—the government decided not to launch a further public consultation on the matter. http://www.decc.gov.uk/en/content/cms/what_we_do/uk_supply/energy_mix/nuclear/new/reg_just/reg_just.aspx