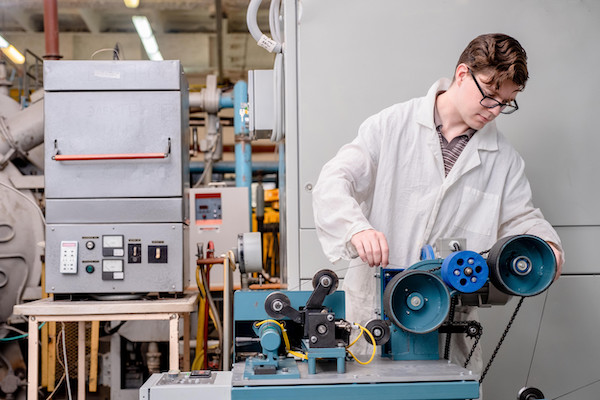 This makes it possible to obtain continuous, heat-resistant fibres without the use of cores (bases) with increased strength characteristics and high creep resistance. This modification with the absence of impurities in the composition makes it possible its use by the nuclear power, aerospace engineering and other high-tech industries.

For more than five years, JSC VNIINM has been implementing the investment project “Research and development of a technology for manufacturing sealed fuel elements of a new generation based on silicon carbide”.

It was initiated by VNIINM specialists and is runs until the end of 2021 with the support of TVEL Fuel Company and Russia's state nuclear coporation Rosatom. The project aims to improve the safety of nuclear power plant operation and will allow scientists to come closer to creating a new generation of fuel elements based on silicon carbide.

“Until now, no one in our country produces silicon carbide fibre of such purity, and its import to Russia is prohibited. These factors make our development indispensable for the needs of high-tech production,” said Alexey Glebov, one of the authors of the patent, and head of the materials science and technology department of composite, magnetic and special materials at VNIINM.