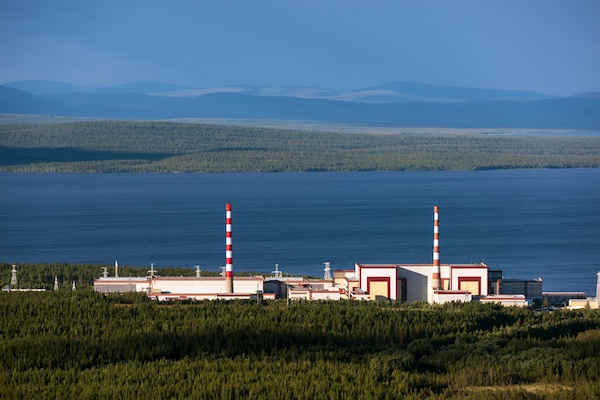 Rosatom plans by 2030 to prepare a commercially viable proposal for the production of hydrogen by converting methane at a nuclear power plant, Anton Moskvin, vice president for marketing and business development of Rusatom Overseas (part of Rosatom) said on 13 October during the discussion "Hydrogen Future of Russia and the World: Dialogue with Business" at the Russian Energy Week.

"If we look at a more distant prospect, we are working on the creation of a [nuclear power plant] with a high-temperature gas-cooled reactor and a...methane conversion unit, and we plan to prepare a commercially effective solution for the production of hydrogen by this method by about 2030," Moskvin said.

He added that work is underway on several projects involving nuclear power plants. In particular, a feasibility study (FS) is being developed for the use of the free capacity of the Kola NPP for the production of hydrogen by electrolysis. At the station site, it is planned to build a bench test complex, which will include electrolysis plants of its own production.

“We are now working on this technology. At the same time, we are assessing the prospects for the sale of this hydrogen and its application - on the one hand in the Murmansk region, on the other hand, for export, primarily to the EAEU countries."

Moskvin said he is confident in the future growth of demand for hydrogen from the Russian industry. "In addition, the state corporation is considering the prospects for the production of hydrogen using NPPs for the purpose of decarbonisation of the Russian industry. I am absolutely sure that the volume of local demand in industry may at some point exceed the prospects for export supplies," Moskvin said.