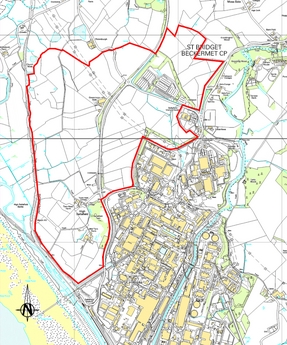 The UK Nuclear Decommissioning Authority (NDA) has begun the start of the disposal process for land adjacent to the nuclear site at Sellafield in Cumbria.

On 29th April 2009, the NDA made GBP387m ($575m) on the sale of land adjacent to three of its sites, at Wylfa in Anglesey, Bradwell in Essex and Oldbury in Gloucestershire.

Now, the NDA has announced its intention to dispose of land adjacent to its existing site at Sellafield in Cumbria. The NDA expects to conclude the sale process this year.

NDA expects to sell some of the approximate 250 hectares (618 acres) included in the recent nomination to the Department of Energy and Climate Change’s Strategic Siting Assessment.

The first step in the sale process will be for all potential bidders to return a compliant Expression of Interest, signed Confidentiality Agreement and Data Room Rules which can be accessed on the NDA website: www.nda.gov.uk.

The process will be open to interested parties who submit compliant proposals satisfying the conditions set out in the Request for Expressions of Interest. However, the NDA reserves the right to exclude parties at any stage who do not offer a reasonable prospect of delivering value. Participants in the process will be given the opportunity to visit the land for sale, evaluate the opportunity and perform due diligence.

The NDA will assess bids on the basis of value for money on a disposal of public assets. The NDA will wish to be satisfied that any considerations with a bearing on value for money have been taken into account before disposing of the land. Accordingly, before confirming a transaction following a competitive process, the NDA will seek the views of HM Government and currently expects HM Government’s approval will be a condition precedent to completion of the lease.

NDA will also consider whether the proposed use could have a detrimental effect on the NDA’s adjoining landholding which is to be retained for ongoing operations.