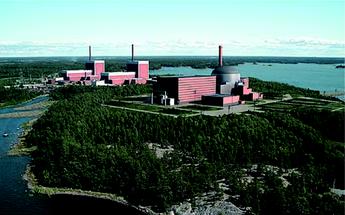 Olkiluoto 3’s reputation has been dealt another blow with the leaking of a stern letter to Areva from the Finnish safety regulator.

Regulator STUK was very critical of Areva's performance and said safety paperwork was due “a long time ago”.

The embarrassing row came to light after the letter was leaked to the Finnish media and Greenpeace.

The row follows a run of delays in construction and the news that Finnish utility TVO is seeking compensation from the Areva/Siemens consortium, which is building the new unit.

The letter from regulator STUK’s head Jukka Laaksonen to Areva chief executive Anne Lauvergeon was highly critical of Areva over the lack of progress on the new plant’s instrumentation and control (I&C) systems.

Mr Laaksonen said: “I sent a private letter to Ms Lauvergeon in order to alert her to pay management attention to an issue that will sooner or later come on the critical path of this major project, unless more progress in made at an expert level.

“Expert discussions had continued for almost one year without much progress in submitting to us the basic information on the I&C systems of Olkiluoto 3.

“We expect to get information as discussed, for instance, the common position document of Western European nuclear regulators Licensing of Safety Critical Software for Nuclear Reactors.”

Laaksonen went on to confirm that Areva has been late in submitting documents to STUK, saying: “Yes, we have not got the information that would give us an adequate picture of the systems architecture.

“After approving the architecture we want to see further details as the project goes on.

“This information is, for us, a prerequisite for reviewing the next step – the factory acceptance test programme of the system.

“These tests need to be completed before we permit sending the equipment to the site.”

He identified some of the late documents, in particular, information that indicates the principle structure of the plant protection system and the interconnections between the subsystems.

Laaksonen continued: “There are no specific dates but the documents should have come a long time ago in order to permit smooth progress of the project.”

Lauri Myllyvirta, Greenpeace Nordic's Energy Campaigner in Finland, said: "We sounded the alarm bells back in 2005 that the design of the French prototype reactor was insufficient and that compliance with nuclear regulations could not be ascertained.”

In January, the Areva/Siemens consortium confirmed TVO’s earlier estimate that Olkiluoto 3 will not be completed until June 2012.