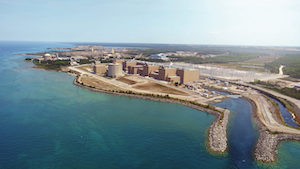 The purpose of KP-OMADA is to bring together best-in-class nuclear owners and operators to advise on the development of KP-FHR technology, licensing, manufacturing, construction, and commercialisation, Kairos said. By collaborating, the alliance will pool knowledge regarding the siting and development of Kairos Power’s User Facility (U-Facility) – a full-scale, non-nuclear demonstration reactor and operations/maintenance training facility – and the siting and development of Kairos Power’s KP-X – a first-of-its-kind, 140 MWe/unit commercial reactor operating at grid scale.

Kairos Power CEO and co-founder Mike Laufer noted: “In order for advanced nuclear reactors to play a significant role in the fight against climate change, we are focused on the delivery of a safe and affordable technology through iterative hardware demonstrations.”

Bruce Power President and CEO Mike Rencheck said: “There is no Net Zero future without nuclear power and advanced nuclear technology is part of the long-term solution.” Constellation CEO Joseph Dominguez said: “Collaboration is critical as we face the climate crisis. Creating a consortium of industry experts to consult on the salt-cooled reactor project is the right way to advance the next generation of nuclear technology.”

Dr Mark S Berry, Vice President of Research and Development, Southern Company said he looked forward “to furthering our view of the advanced nuclear landscape by participating in the Kairos Power-OMADA consortium”. TVA President and CEO Jeff Lyash, said: “We believe advanced nuclear technologies will play a critical role in our nation’s drive toward a clean energy.”

Kairos Power is focused on commercialising the fluoride salt-cooled, high-temperature reactor (KP-FHR) – a clean source of carbon-free energy that it says can be deployed with robust safety at an affordable cost. Founded in 2016, the company is unique in applying a rapid iterative development approach supported by a vertical integration strategy to bring advanced reactor technology to market. Following extensive pre-application engagement with the Nuclear Regulatory Commission, Kairos Power’s Construction Permit Application for the Hermes low-power demonstration reactor is currently under formal review.