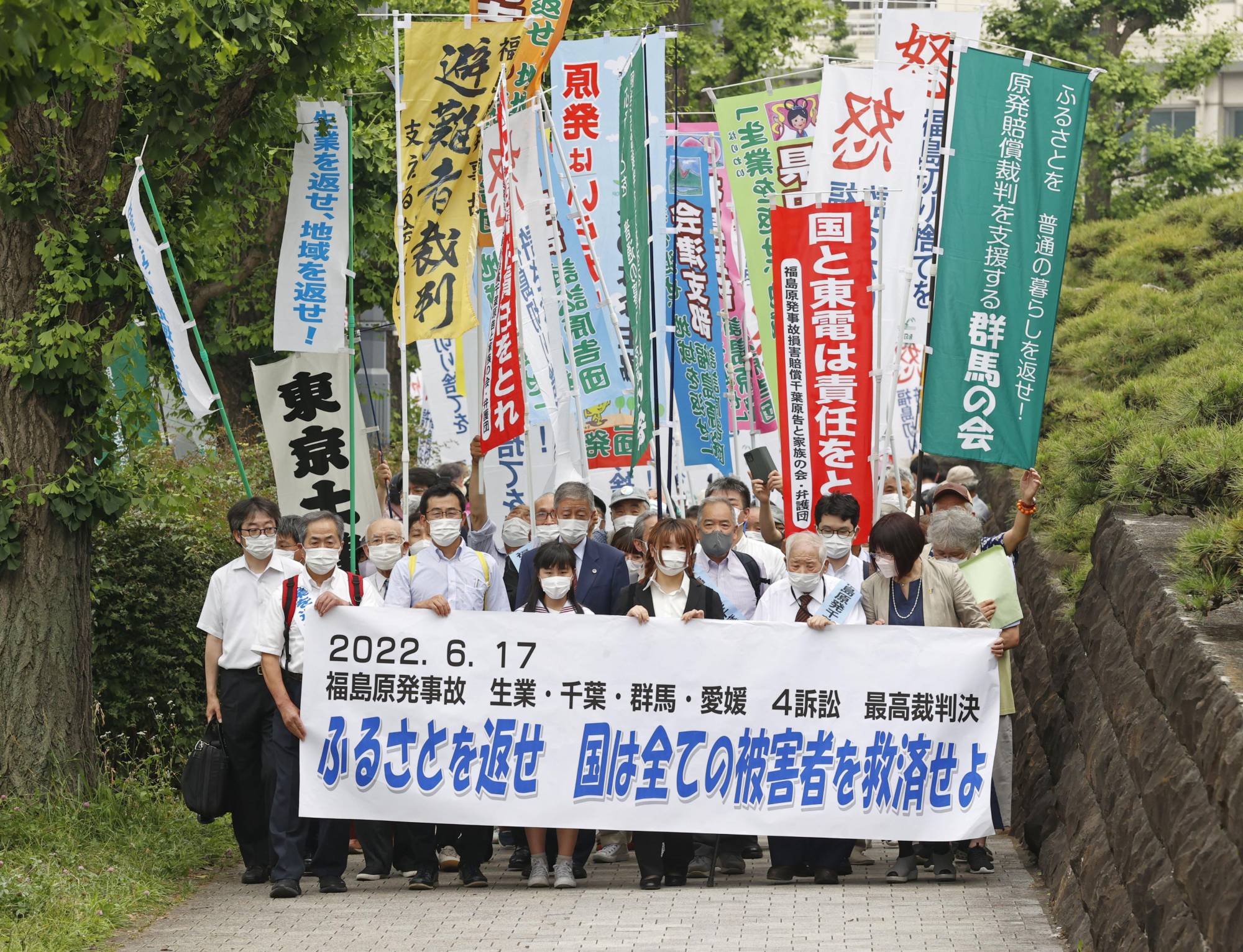 Japan's highest court on 17 June dismissed claims that the government should pay damages in cases involving some 3,700 people seriously affected by the 2011 Fukushima nuclear disaster triggered by the March earthquake and tsunami. This effectively absolves the state of any responsibility for the crisis.

The decision by the Supreme Court's Second Petty Bench - the first for that court - covered four lawsuits filed in Fukushima, Gunma, Chiba and Ehime prefectures. Around 30 such lawsuits have been filed across Japan by people who had to evacuate from their homes or whose lives were seriously impacted.

The ruling means Tokyo Electric Power Company Holdings (Tepco), operator of the Fukushima Daiichi NPP, is solely responsible for just over JPY1.4 billion ($10.35m) in damages in the four lawsuits. The court had established Tepco’s liability in March for the first time.

Lower courts had been split over the extent of the state's responsibility for the disaster as the regulator of Tepco. Higher courts had found the state responsible except in three of the four lawsuits (not in the Gunma case).

The key point was whether the government and Tepco were able to foresee the huge tsunami that hit the plant and so take preventive measures. Conflicting claims made by the parties regarding the government's long-term earthquake assessment made public in 2002.

The assessment, made by the government's earthquake research promotion unit, predicted a 20% chance of a magnitude-8-level tsunami-triggering earthquake occurring along the Japan Trench in the Pacific Ocean within 30 years, including the area off Fukushima.

Based on this assessment, a Tepco subsidiary had estimated in 2008 that a tsunami of up to 15.7 metres could strike the NPP.

The plaintiffs argued that the disaster was, therefore, preventable if the government had exercised its regulatory powers to order Tepco to take preventative measures against flooding based on the long-term assessment.

The government and Tepco, however, insisted that the assessment was not established knowledge, and even if they had foreseen a tsunami higher than the site of the plant and taken measures against it, they could not be held liable as the scale and direction of the actual tsunami differed from estimates.

Of the roughly 30 damages suits seeking compensation from the state and Tepco since 2013 by more than 12,000 people, lower courts have issued rulings in 23. In 12 cases, courts acknowledged that the government and the utility were negligent in preparing for a tsunami similar to the one that struck the facility. In the other 11, courts ordered only Tepco to pay damages.

Image: Plaintiffs for lawsuits demanding that the government pay compensation for the Fukushima nuclear accident walk to the Supreme Court in Tokyo on 17 June