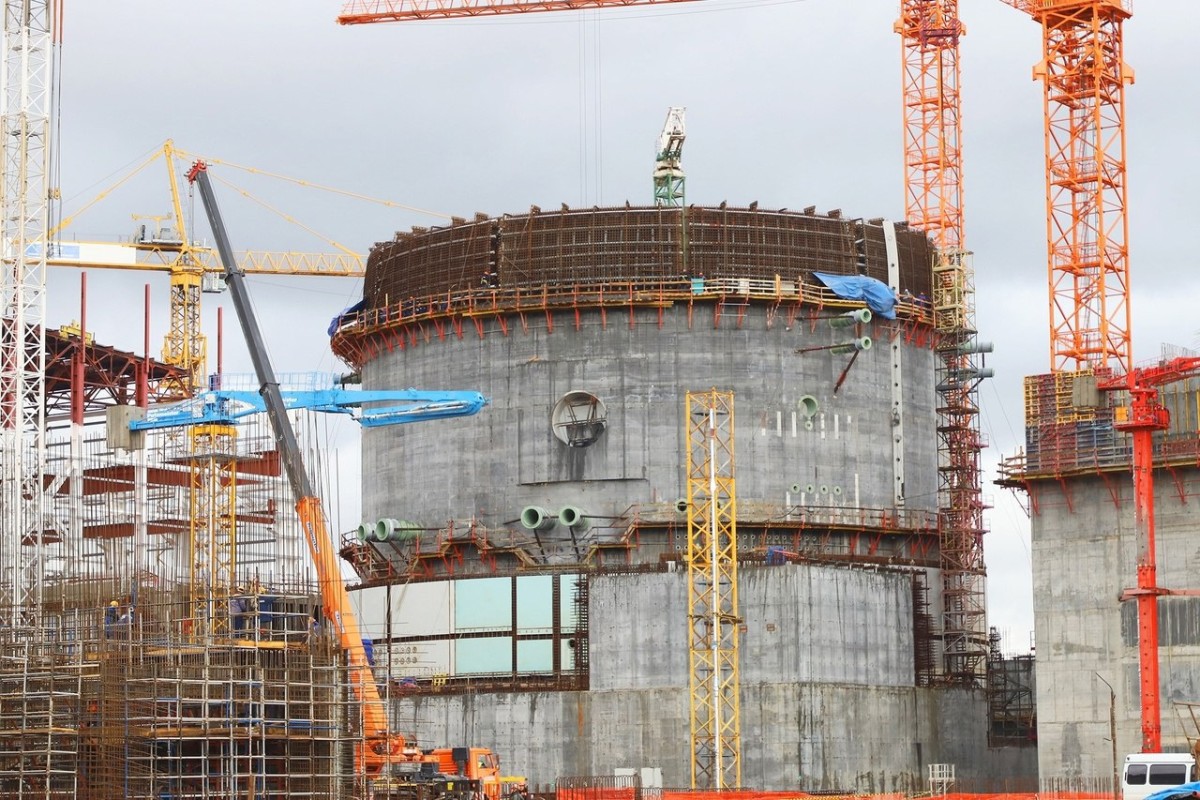 Rosatom has completed installation of the fourth tier of the internal containment (VZO) at unit 2 of the Kursk-II NPP. The builders assembled 10 armoured blocks 6.45 metres high and weighing about 50 tons each in 10 days. The installation of the tier raised the constructive of the unit to the level of 43.1 metres.

“The fourth tier is the beginning of the domed part of the inner protective shell. On this tier, the shell is narrowed for the subsequent installation of the dome,” Andrey Osharin, First Deputy Director for the Construction of New Units at the Kursk NPP, explained. “The peculiarity of the tier is that there are consoles in the armoured blocks, on which a rail track is installed for the operation of the polar crane.”

Image: Fourth tier of the internal containment has been installed at unit 2 of the Kursk-II NPP (courtesy of Rosatom)