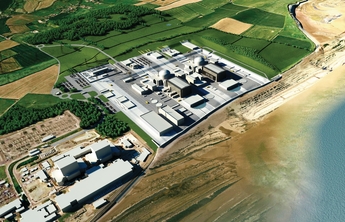 EDF has received local approval to begin site preparation works for its proposed Hinkley Point C nuclear power station in Somerset, UK. The company has also submitted a nuclear site licence application and has placed an order with Areva for heavy components.

“These are significant milestones. They demonstrate that we are progressing and delivering, while we also carry out the work to incorporate learnings from Japan and from our other new build projects internationally,” said EDF chief executive Vincent de Rivaz.

West Somerset District Council gave the go ahead for work to prepare the site at Hinkley Point C on 28 July 2011. The preparatory works will create up to 500 jobs, the majority of which will be for local people in Somerset, EDF said.

The following day the Office for Nuclear Regulation (ONR) received an application from NNB Generation Company (an 80-20 partnership between EDF Energy and Centrica) for a nuclear site licence, relating to its proposed development of Hinkley Point C.

The ONR said that it would spend around 18 months reviewing the application, which will involve "a robust assessment of the applicant’s organisational capability, arrangements and competence to be a nuclear licence-holder as well as the adequacy of its technical safety plans."

The company has also submitted applications for environmental permits, which will be assessed by the Environment Agency.

Finally, Areva announced that it has signed an agreement with EDF Energy to manufacture forgings for the first EPR reactor to be built at Hinkley Point.

De Rivaz said that despite the progress there is still ‘a lot to be done’.

He said that later in 2011, EDF plans to submit an application to the Infrastructure Planning Commission who will take the decision on whether to allow construction of the power station.