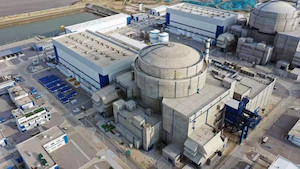 China's State Council approved construction of Fuqing 5&6 in 2015 and first concrete for Fuqing 5 was poured the same year followed by Fuqing 6 in December 2015. Fuqing 5 was connected to the grid in November 2020 and began commercial operation in January 2021.

Outside of China, there are two Hualong reactors at the Karachi nuclear power plant in Pakistan. Karachi 2, started operating in May 2021 and Karachi 3 recently completed fuel loading and is expected to start commercial operation in March 2022.

Fuqing 6 is the third Hualong One reactor to start operation (Photo: CNNC)