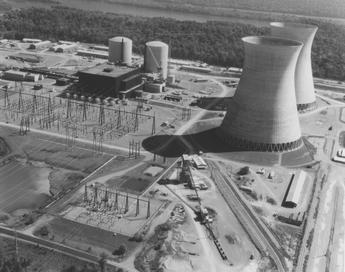 The 11-member NuStart consortium has chosen Grand Gulf and Bellefonte nuclear plants as the sites it will use on applications for combined construction and operating licences (COLs) for new nuclear plants. Entergy’s Grand Gulf, located near Port Gibson, Mississippi, was designated for General Electric’s ESBWR design. Bellefonte, owned by the Tennessee Valley Authority and located near Scottsboro, Alabama, will be used for the Westinghouse AP1000 design.

Last May, NuStart announced a shortlist of six candidate sites, but the two Constellation Energy sites – Calvert Cliffs and Nine Mile Point – were withdrawn a week before the selection of the two sites was made. Though Constellation Energy remains a member of the NuStart consortium, it decided to form a joint enterprise with Areva, called UniStar Nuclear, which aims to deploy a fleet of the US version of the EPR reactor. This re-tooled EPR is being marketed in the USA under the name ‘US Evolutionary Power Reactor’.

NuStart said that during the selection process, local leaders in all six finalist areas offered significant governmental support for a new plant in their areas. “Each local community near the six finalist sites wants a new nuclear plant,” said NuStart president Marilyn Kray.

Kray said NuStart will prepare two COL applications, one for the GE design and one for the Westinghouse design, but is currently only funded by the US Department of Energy (DoE) under its Nuclear Power 2010 programme to submit one of the two applications to the US Nuclear Regulatory Commission (NRC). NuStart has a request pending at the DoE that would permit NuStart to submit both applications. “We want competition and some selectivity,” she said. Under the Nuclear Power 2010 programme, the DoE provides half the funds for the licence application.

NuStart aims file its COL applications with the NRC in late 2007 or early 2008. The review period is expected to take around two years.

Meanwhile, Entergy has announced it would prepare its own COL for an ESBWR at its River Bend station in St Francisville, Louisiana. The station was also one of NuStart’s shortlisted sites.