France, Japan and the USA to cooperate on fast reactor demos 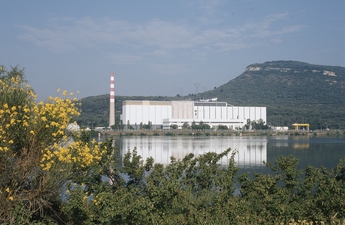 The Japan Atomic Energy Agency (JAEA), the French Atomic Energy Commission (CEA), and the US Department of Energy (DOE) have signed a memorandum of understanding to cooperate on the development of prototype/demonstration sodium-cooled fast reactors (SFRs).

France plans to build an industrial demo, ASTRID, next to Phenix

The agreement builds on a MOU signed by the three countries in August 2008 to expand collaboration on SFR technology.

Under the new agreement, signed October 2010, the three organizations will cooperate in the following six additional areas.

The organizations already cooperate within the framework of the Generation IV International Forum (GIF), a multilateral collaboration focused on promoting R&D for the development of next generation nuclear energy systems.

Both France and Japan have definitive timetables for deployment of SFRs, while work in the United States is focused on system evaluations, material issues, safety analyses, and implications of SFRs for management of used nuclear fuel.