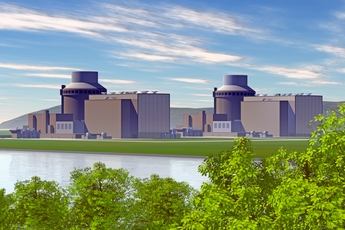 On 11 August, after a lengthy review process, Florida’s governor Charlie Crist and his Cabinet unanimously approved Progress Energy Florida’s site certification application (SCA) to build the two-unit plant in Levy County. The SCA includes a detailed analysis of the potential environmental impacts of the proposed plant and related transmission lines.

The vote is the second of three major approvals needed before the company can begin building the nuclear plant. In July 2008, the Florida Public Service Commission approved the "needs case" for the plant. The last remaining major decision is from the Nuclear Regulatory Commission (NRC), which is expected by early 2012. Progress Energy submitted a COL application to the NRC in August 2008, referencing the Westinghouse AP1000 as the design of choice.

In January 2009, Progress Energy Florida signed an $7.65 billion engineering, procurement and construction (EPC) contract with Westinghouse and its partner The Shaw Group for two AP1000 units. The units were originally scheduled to come online in 2016-2018 timeframe however in May Progress Energy announced an adjustment to the construction schedule, which will delay the plant for at least 20 months. It says the new project timeline depends on negotiations currently under way with the engineering, procurement and construction vendors.

At the time Bill Johnson, president, chairman and CEO of Progress Energy said: "This shift in schedule provides time for the economy to recover, which should allow for financing in a more stable market. It also provides more time for national leaders to develop potentially transformational energy policies currently under debate in Washington."

Commenting on the state decision, Vincent M. Dolan, Progress Energy Florida's president and chief executive officer "This is an important milestone for the proposed Levy plant.Carbon-free nuclear power is a strategic asset in our statewide effort to become energy-independent, to reduce our reliance on more volatile-priced fossil fuels, and to provide a balanced approach to meet the challenges of growth and climate change."