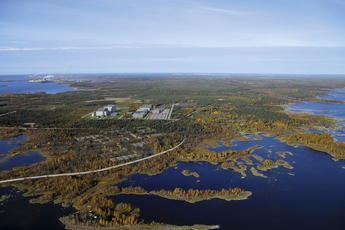 The Finnish government has approved two out of three proposals for the construction of new nuclear reactors in Finland, in an effort to decrease carbon emissions and reduce the country’s dependence on electricity imports from its neighbours, especially Russia.

Positive decisions-in-principle were given to Teollisuuden Voima Oy (TVO) for a fourth reactor at Olkiluoto, and to Fennovoima for a one or two unit plant in the north of the country at Pyhäjoki and Simo. Fortum was disappointed to receive a negative decision for its proposed Loviisa 3, which it said was “undeniably the best choice for the Finnish society”

Speaking at a press conference on 21 April, Finland’s Minister of the Economy, Mauri Pekkarinen, said: "We are giving a strong signal to the industry that it is worthwhile to invest in Finland. Granting one (nuclear reactor) permission is not enough,"

The decision to build the two units now needs to be approved by parliament, which will begin deliberations in early May. The final choice of whether or not to proceed with the projects will be down to TVO or Fennovoima.

TVO’s president and CEO Jarmo Tanhua said: “We are ready to proceed immediately after a favourable decision is made in the Parliament. We have an excellent plant site in Olkiluoto for a fourth unit. The organisation and everything else needed for the implementation of the project is already in place. Hence we can launch the construction process smoothly as a continuation to the Olkiluoto 3 project.”

Construction of Olkiluoto 3, an Areva EPR has suffered continuous delays and at latest estimate due for completion by the end of 2012, three years later than initially expected.

TVO has not decided on the reactor design for Olkiluoto 4. It plans to continue preparations for the project and feasibility studies of plant alternatives this spring.

Fennovomia, a consortium of 64 shareholders, has not commented on its plans, other than to say it will issue a statement after the government puts its formal decision to parliament in early May.

The firm is considering two sites in northern Finland and says it will make final site selection in 2011.

As for reactor design, Fennovoima is considering Areva’s EPR and Kerena and the ABWR by Toshiba. The company aims to receive a construction permit and start construction in 2012.

Fortum said it regrets the government decision, but that nuclear power will continue to be important to the company’s future. The utility will continue to operate the two Finnish VVER units Loviisa 1&2 and says it will be involved in the modernisation of nuclear power plants in Sweden. Most interestingly Fortum says its expertise is in demand in several new nuclear power projects. “The company's willingness to participate in nuclear projects abroad has been enquired and these opportunities are being investigated. The preparatory work done for Loviisa 3 can be utilised in these upcoming projects.”