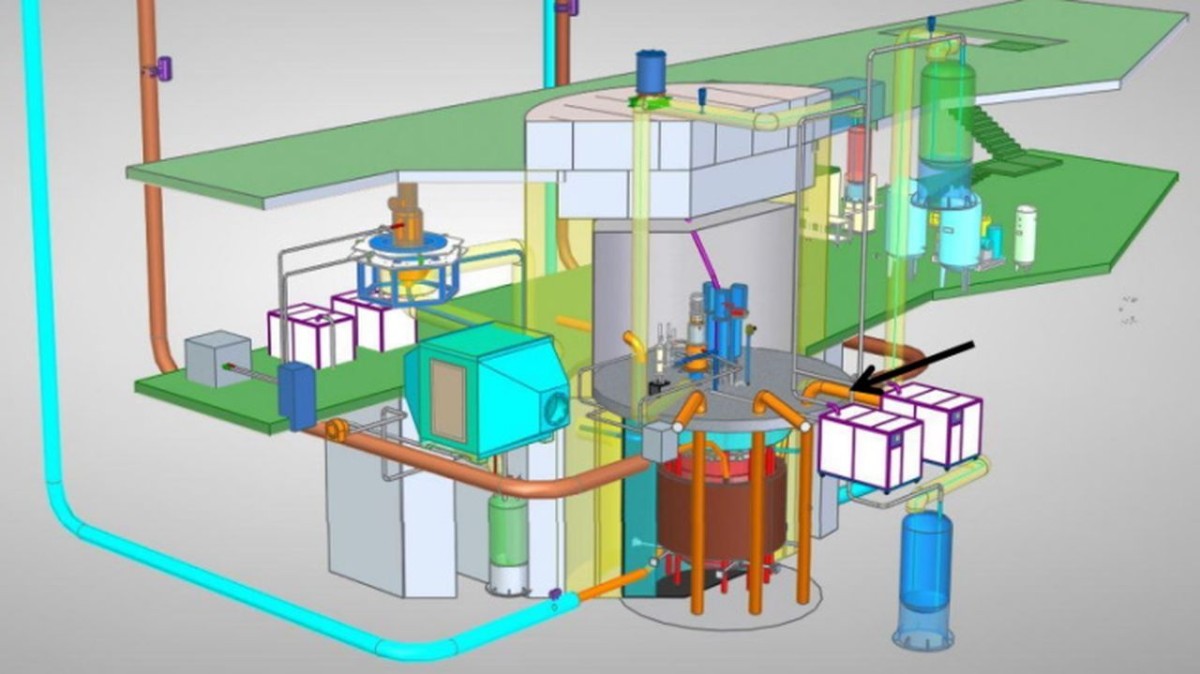 The R&D budget for its development totalled CNY3 billion ($450m). The TMSR centre at SINAP, located in the Jiading district of Shanghai, was assigned responsibility for the work. Construction began in September 2018 at a branch of the institute in the city of Wuwe in the Gobi Deser, in the Chinese province of Gansu. Initially, the completion date was 2024, but subsequently a decision was made to accelerate work, and completion of the reactor was announced in September 2021.

On 2 August, the Ministry of Ecology and Environment sent a directive to SINAP as follows: “According to the relevant provisions of the Nuclear Safety Law of the People's Republic of China and the Regulations of the People's Republic of China on Safety Supervision and Management of Civilian Nuclear Installations, our bureau has carried out a technical review of the documents submitted by you, and considers that your plan for commissioning the 2MWt experimental liquid fuel reactor fuel based on thorium and molten salt (version V1.3) is acceptable and approved.”

It added: "During commissioning of your 2 MWt liquid fuel thorium-based molten salt experimental reactor, you should strictly implement this plan to ensure the effectiveness of its implementation and the safety and quality of debugging. If any major abnormality occurs during the commissioning process, it should be reported to our bureau and the Northwest Nuclear and Radiation Safety Supervision Station in time."

The TMSR-LF1 reactor will use a mixture of uranium and thorium as fuel (uranium in the form of UF4 enriched in uranium-235 to less than 20% and a thorium load of about 50 kg), and a blanket of lithiumberyllium fluoride (FLiBe) with 99.95% Li-7.

As water is not required for heat removal of the reactor, it does not need to be built near the ocean or inland water body and is suitable for remote desert regions. If the pilot operation of the TMSR-LF1 reactor proves successful, China plans to build a larger 373MWe reactor of this type by 2030.

Image: Cutaway of the TMSR-LF1 reactor (courtesy of SINAP)