BN-800 on track to switch to mox fuel this summer 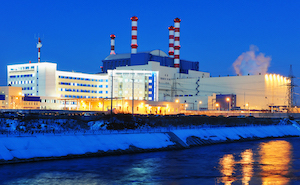 The raw materials for producing mox fuel pellets are plutonium oxide produced in power reactors and depleted uranium oxide obtained from depleted uranium hexafluoride (DUHF) — a by-product of the uranium enrichment process. The transition to mox makes it possible to reuse (after reprocessing) used nuclear fuel instead of storing it, and dispose of stocks of depleted uranium accumulated in warehouses. Currently Beloyarsk 4 is operating with 60% mox fuel.

Valery Shamansky, deputy director for safety and reliability, added: "In 2022, we can confidently say that the BN-800 reactor will operate entirely on mox fuel," he said.

In 2022, specialists will carry out one repair outage at Beloyarsk 4, Ilya Filin, deputy chief engineer told the press conference.  The BN-800 has just restarted after a recent repair and maintenance outage. At Beloyarsk 3, which has a BN-600 fast reactor, two repair outages are planned during the year.

Meanwhile, Uralatomenergoremont said it completed the outage at Beloyarsk 4 nine days ahead of schedule.

During the recent outage, large-scale work was carried out to monitor the condition of the metal of sodium pipelines in the secondary circuit. A total of 730 welded joints were tested.

“Unit 4 has been operating for six years now and, of course, it is necessary to carefully monitor the condition of all equipment, including pipeline welds,” said Oleg Mikhlyaev, deputy chief production engineer. “To carry out these works, we attracted about 150 people from other branches. Preparing and carrying out work to control such a number of welded joints in secondary circuit pipelines is a colossal amount of work. In order to complete it within the allotted time, we carefully planned the entire process: we held daily meetings of the working group directly at the workplace, promptly responded and solved emerging problems.”

During the outage specialists from Uralatomenergoremont carried out a medium repair of the turbine and generator, repair of pumping units, electrical equipment, fittings and heat exchangers.

They also installed angle regulators on the pipelines for supplying feed water to sections of the steam generator.