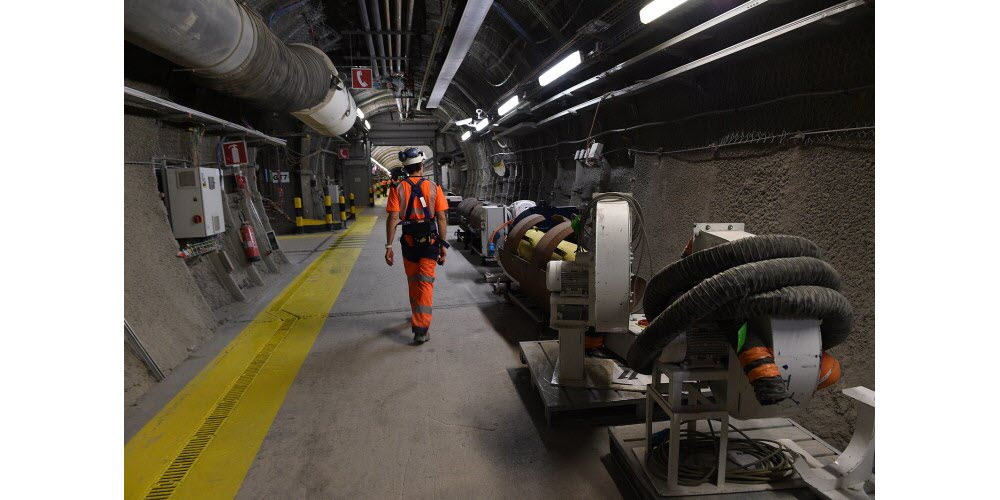 The French National Radioactive Waste Management Agency (Andra) has applied for a construction licence for the Cigeo deep geological disposal facility. Andra said this was the result of 30 years of progressive development under regular evaluation. “Over time, the scientific and technological aspects of the project have been refined. Today, we are submitting a construction licence application file (DAC - demande d'autorisation de création) for Cigeo, based on well-defined design principles and a robust safety demonstration.” The 10,000-page application comprises 23 key documents. Its submission follows a decree published in the French official journal in July 2022, recognising the public utility of Cigéo.

With the DAC submission to the Nuclear Safety Authority (ASN - Autorité de Sûreté Nucléaire), Andra said Cigeo is getting ready for the construction phase “Although Cigeo still needs additional development and refinement, the Agency is already responsible for it, in terms of reporting to the ASN.”

In 2018, ASN said the Cigeo project in Bure, northeastern France, was “technically mature”, but that the plans will need additional work before a construction licence application could be submitted (then expected in in 2019). The main additions requested related to justification of the storage architecture, sizing the installation to withstand natural hazards, monitoring the facility and managing post-accident situations. Cigéo was then scheduled to begin operation in 2025. The facility is to be financed by radioactive waste generators - EDF, Areva and the French Alternative Energies and Atomic Energy Commission.

Andra had sent ASN a safety options file on Cigeo in 2016 which confirmed that the selected clay zone has the required geological characteristics. It “marks significant advances in terms of safety, ASN noted. “However, we have reservations on an important subject: that of asphalt waste." The Institute for Radiation Protection and Nuclear Safety (IRSN - L'Institut de Radioprotection et de Sûreté Nucléaire), the technical branch of ASN, had raised the problem. The bitumen waste, which will represent approximately 18% (40,000 packages) of all waste stored by Cigéo, is highly flammable.

"The search for the neutralisation of the chemical reactivity of asphalt waste packages must be favoured,” said ASN. “In parallel, studies to modify the design to exclude the risk of runaway exothermic reactions must be conducted. In any case, the characterisation as soon as possible of these packages of bitumen waste by their producers is a prerequisite." IRSN asked Andra to study two options - the possibility of pretreating these wastes to neutralise their flammability before burial; or to review the design of their storage. ASN preferred the first option but said the second should be studied.

Cigéo is sited on the border between the Meuse and Haute-Marne departments of France and is designed to dispose of the highest levels of radioactive waste at a depth of 500 metres in a geological layer which has been stable for several million years. This project is the outcome of over 30 years of research by Andra with the support of researchers from the national and international scientific community, including 20 years of on-site scientific experiments in Andra’s Underground laboratory. The Cigéo project was supported by three acts voted in 1991, 2006 and 2016, and two public debates in 2005 and 2013.

Andra says reversibility is a key principle underlying the Cigéo project, ensuring that future generations are able to regularly re-assess the decisions made in the past, and continue building and operating the successive deep disposal layers or upgrading management solutions. This includes the potential recovery of waste packages already disposed of according to set procedures and over a duration to match the operating and closure strategy for the disposal facility.

The construction licence will define the minimum required duration of reversibility, which must be at least 100 years.

"We believe that after 30 years of research, three public debates and three laws, we have sufficient knowledge and skills to ensure the safety of deep geological disposal", Andra Director General Pierre-Marie Abadie told a press conference in Paris. “We have the maturity to enter a technical instruction phase.”

ASN has given itself five years to study Andra's file, starting with a technical examination by IRSN, and by groups of experts, who will issue an opinion. A consultation phase will follow, ending with a public inquiry, probably towards the end of 2026. If ASN's final opinion is positive, creation authorisation decree will be issued to Andra, enabling it to start construction of the first section of Cigéo.

In this case, Andra will launch the construction of Cigéo in 2027 leading to a pilot phase with the first cold tests. Frédéric Plas, Director of the Cigéo programme at Andra, says this first tranche will take the form of a “small pilot district” with around 20 cells for high-level waste out of the 900 planned and four cells out of 22 for medium-level waste. For the rest, a new authorisation will be necessary.

The first radioactive waste packages will only arrive in 2035 or 2040 for a pilot industrial phase planned until 2050. This will be medium-level, long-lived waste. Those with high activity are not expected before 2085 after they cool sufficiently. Cigeo will gradually expand underground until 2150, when it closes. A surveillance period of at least 300 years will then begin.

Abadie explains that Cigeo represents a disposal solution for 83,000 cubit metres of medium and low-level long-lived radioactive waste, half of which is already produced. “We already have them on our hands. Our responsibility is to provide a sustainable management solution for future generations. Not to leave them without a solution for this waste that we have produced.”