AECL pulls out of UK 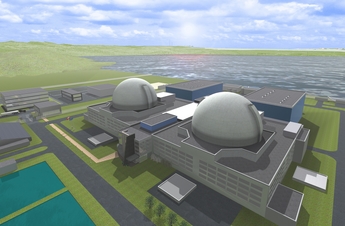 On 4 April, the firm said the decision was made to address new build opportunities in the Canadian market, such as in Alberta, Ontario, and New Brunswick.

AECL president and chief executive Hugh MacDiarmid said: “The nuclear renaissance has taken hold in Canada as several Canadian provinces are currently considering the ACR-1000 as the ‘technology of choice’ for the next generation of nuclear power plants.

“We feel very strongly that our best course of action to ensure the ACR-1000 is successful in the global market place is to focus first and foremost on the opportunities in Canada.

“The UK market remains of great interest to us in the longer term for the ACR-1000 once it is established in Canada.”

Meanwhile, on 31 March the UK Department for Business, Enterprise and Regulatory Reform invited the nuclear industry to bring forward new reactor designs for a ‘justification decision'.

Justification is a necessary step due to EU regulations, and aims to ensure benefits and detriments are properly evaluated.

The department for made a specific call for applications within a set timeframe to make it easier for applicants and regulators alike. Multiple nuclear reactor designs offering similar benefits and detriments could be assessed as part of a single application, it stated.

The justification process, including a formal consultation, is expected to take around 18 months to complete.

It is separate from other steps being taken by the UK government, which include the generic design assessment and strategic siting assessment.

Related ArticlesWestinghouse and Shaw can proceed on Vogtle 3&4 The American way Early site permit for Southern Nuclear Summer time for AP1000 Third US contract for Westinghouse
Post to: