What have we learned of life in the no-go area? 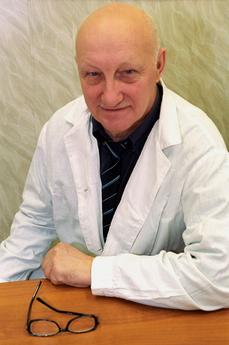 When the Chernobyl tragedy happened on 26 April, 18 years ago, one of my friends in the USA sent me a cable where he wrote that iodine pills must be immediately issued to children. I immediately called vice premier Ivan Silayev and was invited to the session of the State Commission and to accompany it to Chernobyl. Along with others, I participated in the elimination effort of the aftermath of that terrible tragedy.

At that point, nobody paid attention to your post. In conditions of real radioactivity you had to act very fast, like in a war, to understand what had actually happened and to recommend practical measures. Anyone who suggested ideas and displayed initiative was listened to attentively.

Chernobyl demonstrated the country’s inability to cope with such problems, though there had been a similar tragedy before – an explosion and radioactive emission at the Mayak chemical works in Chelyabinsk, Urals, in 1957. By a decision of the Soviet authorities, the Mayak tragedy was kept under a tight lid, along with the analysis of the tragedy and conclusions drawn from it by the best specialists and scientists of the country who studied its causes and consequences. As a result, society was not prepared for Chernobyl.

Regrettably, the time that has elapsed since shows that nobody needs the Chernobyl experience, which was not classified. Nobody analysed it and drew conclusions from it, which is very bad because it is truly invaluable. It can be used to create a behaviour model for such situations. Regrettably, man-induced disasters at nuclear power plants can happen, though much has been done to make nuclear power engineering a safer business since the Chernobyl tragedy. We should also take into account the current political situation in the world, in particular the looming threat of terrorism. There may be a truly tragic situation with radioactive pollution.

It is a paradox but the Chernobyl experience is not being used in Russia, too. At least, we do not keep it handy, which would be logical. I don’t think this fact is directly associated with the crisis in the Soviet Union. In the democratic years that followed, the break-up of the country, the decade-long chaos, and the failure of technological policy had an adverse impact. But there was no such chaos in the rest of the world. However, no interest in Chernobyl has been shown. The reason is most likely lies in human nature – even a horrible event is quickly forgotten. Today, I am sure, everybody in the world understands that in our age of terrorism no one is guaranteed against such a development. Of course, one may rely on God’s mercy, but, as the saying goes, “God helps those who help themselves.”

Only scientists and nuclear engineers take the experience of Chernobyl seriously – all nuclear power plants in Russia have been modernised, and new ones are designed with large safety margins, considering everything that the sad experience of the Chernobyl accident taught us. The same can be said about the Americans and the British, who drew the appropriate conclusions from the accidents at Three Mile Island and Windscale, but those are engineering lessons. The relevant services should be ready to do whatever is necessary in case of a radiological danger, especially in cities, should a terrorist threat be carried out. How can people be protected from radiation, what can be done to neutralise radioactive dust, how can we enter a place in those conditions, where can the population be evacuated to, and how can we work when the level of contamination is high?

Russia, I am sure, could be of great use in drawing up an international programme aimed at scrupulously generalising the practical experience of Chernobyl. At present, the Kurchatov Institute is still capable of helping in drawing up such a programme, but time is passing and the people who worked there are dying.

In the past ten years, Russia has not built a single new nuclear unit, yet the output of electricity at the existing nuclear power plants has grown from 12% to 16% of the total. Since mineral resources are finite and mankind’s energy requirements are growing, nuclear energy, has a bright future. In fact, the planet’s further progress cannot be imagined without it.

The research team that I lead did some valuable work after the explosion at Chernobyl: we identified an ecological catastrophe in the soil – the first one recorded in history.

The diversity of the microfauna is the main indicator of live and healthy soil. After the radiation emission at Chernobyl which created what became known as the East Urals radioactive footprint – a contaminated area of 160,000 hectares – the amount of microfauna decreased by 97%.

Radiation contamination is still present, however the surface is gradually returning to its original state because of radioactive decay and rain, which helps radioactive elements filter deeper into the soil. The microfauna in the soil is replenishing itself, but given the poor state of the environment, the diversity of species is limited when compared to a square metre of forest soil outside Moscow, where there are 100,000 individual microfauna and more than one hundred species.

For years in our research, we have used a simple and convenient indicator – hard soil ticks. In an ecological crisis the community structure of this species of microfauna simplifies and becomes less diverse, which is an unmistakable sign of poor soil condition. In Russia, there are 1300 kinds of hard ticks; my small research team has discovered 1100 of them. In Soviet times, we were awarded a state prize for contributing to biodiversity studies and in 1996, the Russian government gave us a prize for developing a method of using hard ticks as a biological indicator of radioactive contamination.

The first time we used this method was in 1968 in the Urals, outside Chelyabinsk. Eleven years before, the area had been affected by an accident involving an emission of radiation. The tragedy occurred at the Mayak plant, which recycled spent nuclear fuel. People were immediately evacuated and use of the soil in the disaster area had to be discontinued. In the 47 years since then, the contaminated area has appreciably decreased in size and the microflora indicates that the area is quickly reviving (as evidenced by the same indicator – hard ticks).

A method for studying contaminated areas using these ticks was streamlined near Chelyabinsk, and proved to be indispensable. The environmental section of the first official IAEA report on the Chernobyl disaster, submitted in the autumn of 1986 on behalf of the Soviet government, contained information based on the results of our study of the disaster area.

Reactor fuel uranium particles of 50-100 microns in size, contributed most of the radiation. Such particles were covered with a thin film comprising other elements. Hundreds of high-radiation particles settled on every square centimetre of soil. One such particle could also destroy layers of lung tissue three millimetres thick.

As I see it, the ‘hot’ particles have disintegrated since and the local soil has absorbed most of the radiation, which no longer harms creatures living in the top 1cm. Leaves falling from trees each autumn contain less radiation than those of previous years.

Sand alone makes it possible to reclaim territories around Chernobyl. Local land plots are covered with 50-100cm layers of sand, and will eventually be tree-friendly. Forests would be planted there later on. Such forests could be used for commercial purposes in about 60 years from now, after two radioactive half-lives expire. Unfortunately, such areas will remain dangerous for farmers and other people wishing to live there.

At the beginning of the nuclear age, no one, unfortunately, made the effort to formulate rules and norms to protect the environment. The Americans and British were as irresponsible as the Russians were. The Americans dumped their waste into the Gulf of Mexico. The British dumped theirs

in the Irish Sea, and radionuclides totaling as much as escaped from the Chernobyl reactor scattered along the coast of Europe. In the Soviet Union, nuclear waste was poured into the Techa River, in the Taiga before being carried to the Ob, the largest river in Western Siberia. Today, it is the most polluted waterway in the country.

Nevertheless, nuclear pollution is the most harmless type of pollution and it is closely monitored. Emissions from burning fossil fuels are much more hazardous for the environment.