To wait, or not to wait: the question of Safestore 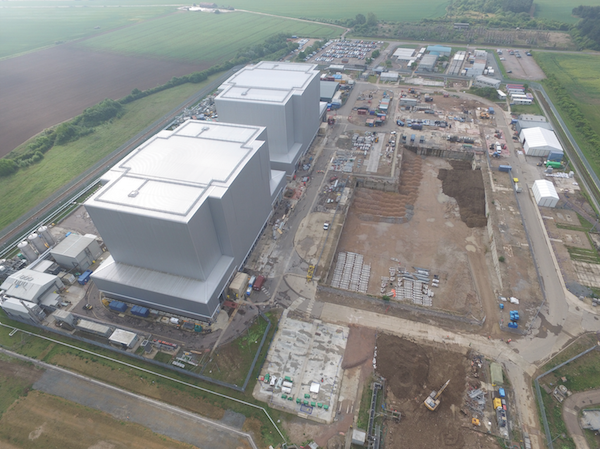 In the 1990s, the most cost-effective strategy for decommissioning the UK Magnox reactor fleet was deemed to be care and maintenance. Three decades on, has that changed? By John Lindberg

The October 1991 issue of Nuclear Engineering International reported the analysis undertaken by Nuclear Electric (predecessor of British Energy) to explore potential ways to make decommissioning of its fleet of Magnox and advanced-gas-cooled reactors less expensive. The preceding strategy, which had three phases (defueling, care and maintenance for 90 years, then dismantling of the reactors) was expected to cost approximately £3.5 billion (1991 GBP).

The analysis conducted by Nuclear Electric found that the most cost-effective decommissioning strategy was to continue with an extended care and maintenance phase prior to dismantling, aligning with decommissioning strategies amongst most European and US utilities. But, whilst a care and maintenance phase might last for 30 to 40 years, a proposed Deferred Safestore Strategy called for that period to be almost 130 years, split into two surveillance periods. It was estimated that this would result in savings of £1.4 billion, with the combined decommissioning liability standing at £2.1 billion.

Fast-forward thirty years, and we find ourselves at a crunch point. Despite some questions being asked about whether extended care and maintenance remains the best approach, the first Magnox reactors have entered that phase. All 26 reactors will enter this phase in the next decade. With the AGR fleet rapidly coming offline (last reactors offline by 2030), the time to consider alternatives is running short.

There has been a partial shift in the nuclear market, towards a process of accelerated reactor decommissioning and outsourcing. This has in many cases made financial sense, especially with the changes in interest rates following the 2008 financial crisis.

There are compelling arguments as to why an accelerated decommissioning progress should be embraced, from being certain there is a skilled workforce available to reducing the risks from potential regulatory changes in the future. However, the UK Nuclear Decommissioning Authority has rejected such attempts in the past, citing the unavailability of a geological repository as a key obstacle.

There are perception risks that may arise from a decommissioning approach that sees reactors spend more than two-thirds of their lives not generating electricity. Local acceptance is often built on seeing the benefits of the plant, but it might be a harder sell 80 years after the end of electricity generation. It might also reinforce the popular narrative surrounding nuclear decommissioning, which is firmly anchored in the earliest days of nuclear power. The decommissioning of early nuclear facilities, often at least partially used for the production of nuclear weapons, poses considerable logistical challenges, which drives cost up and requires multi-decade timeframes. By keeping reactors in care and maintenance for almost 130 years, the perception of nuclear power as a complex, cumbersome, and expensive technology will likely be reinforced.

Understanding our history is important, but it is also important not to be prisoners of it. The idea of extended care and maintenance before nuclear decommissioning might have made financial sense 30 years ago, but it does pose financial, public acceptance or perception questions that must be resolved.

The whole-life management of nuclear power, including decommissioning and waste management, should be a source of pride and a (perhaps paradoxical) selling point. The challenge is to make sure we do it in a way that does not harm the long-term prospects of nuclear power. What other energy source takes full responsibility, both technical and financially, for managing its assets once it stops generating electricity?