The view from here 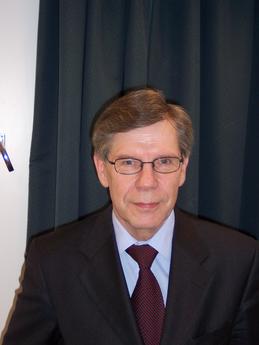 In addition to fossil generation, Finland has a well-developed set of renewable generation technologies based on its main resource, forests. It also has a very successful nuclear sector. Now the decision has been made to grasp the opportunity of a new EPR plant, NEI talked to Harri Viheriävaara, the executive vice president of economic policy and power generation at Finergy, the Finnish energy industries federation, about the background to the choice of new nuclear build.

Finergy is a federation of around 110 companies in electricity and heat production, transmission and distribution, including large players such as as Fortum and Pohjolan Voima Oy, the main owner of Teollisuuden Voima Oy (TVO), Helsinki Energy, the biggest municipal enterprise in Finland and Fingrid, the main transmission company. The organisation’s main role is to carry out lobbying work, and participate in official committees set by the government. Finergy is a member of Foratom and Eurelectric and Viheriävaara is a member of the Eurelectric board.

A number of features of Finland’s energy mix mark it out from other Western countries. One is that district heating is very big – about 50% of the total building volume is connected to district heating networks in cities – Finland also has a large share of combined production of electricity and heat (CHP). But the options for further expansion of these methods of cogeneration are limited. Growth in district heating is limited to growth in housing stock, and although there are some cities where population is growing, in most places this is very small.

Renewable generation also figures strongly. Most of the country’s hydro resources have been tapped, as it were, and the method produces around 15% of the renewable total and 4% of total electricity consumption. Sadly, this relies heavily on annual rainfall, but the existing 13TWh per year can be expanded by about 1TWh by 2010.

Aside from a little bit of wind power, the bulk of the renewable energy comes from forestry, as does a large part of Finland’s industry itself. Wood and wood-based fuels make up 41% of the renewables total. About half of a tree will become pulp, while the bark, twigs, sawdust and other ‘waste’ parts are burnt to generate power for the plant. Many pulp mills have enough power left over to sell on the open market. Increased use of such wastes could help to boost the renewables share to about 30% by 2010, leaving the bulk to be made up by traditional means.

Viheriävaara explained: “From an energy economic point of view, Finland has a big share of energy-intensive industry which is competing at a high level. These industries must get competitive energy at a lower cost than competitors and so power production must also be competitive on a worldwide basis. The same is true of domestic consumption because of the Finnish climate and the high standard of living. In fact, Finland is one of the most ‘electrified’ countries in the world, so energy is, from an economic point of view, very, very important and we must have all competitive means at our disposal in order to meet the expected 25% increase in demand by 2015.”

It would be very easy for Finland to rely increasingly on electricity imports from Russia, a resource it occasionally taps, or import increasing amounts of gas for domestic generation. But Russia is the only country gas can be imported from, due to Finland’s geographical position. It has never been connected to wider European gas networks, although it is an EU priority to build a pipeline from Russia through the Baltic Sea and all the way to the UK. If that plan goes ahead, Finland should be connected along the way.

But of course, large increases in fossil generation are hardly acceptable these days, making nuclear an attractive bulk generator – particularly in a country which has had such good experiences with nuclear. It’s hoped that when TVO’s new EPR unit goes online in 2009 its 12TWh per year will greatly smooth out expensive fluctuations such as those caused by reductions in hydro although its main effect will be to reduce the need for more expensive generation and the use of coal in the Nordic market. It’s hard to say, however, how the market will react when 1600MWe of baseload capacity is added, but from Finland’s point of view, their share of imports from Russia or the rest of the Nordic market is sure to decrease.