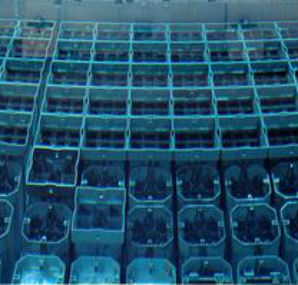 Over recent weeks and months there has been news of US researchers teaming up with those in other countries to further research and the development of reactors that operate on advanced fuel cycles.

This demo reactor will initially use low- enriched uranium metal fuel technology that was developed at ANL for its Experimental Breeder Reactor-II, which operated in the 1980s. Later, the Prototype Generation- IV Sodium-cooled Fast Reactor (PGSFR) will be used to test advanced fuels containing transuranics - essentially the long-lived alpha-emitting isotopes of neptunium, americium, plutonium, which are formed from burning fuel in today's light water reactors.

The project aims to achieve design approval from the Korean nuclear regulator by the end of 2020, and envisages commissioning of the PGSFR in 2028.

Japanese firm Hitachi also launched a new phase of joint research with a trio of US universities in its project to develop a resource-renewable boiling water reactor (RBWR), which again could be fuelled by TRU.

This concept uses the same non-core components as Hitachi's current boiling water reactor designs, including the safety systems and turbines. And while it has a different fuel design, notably much shorter, hexagonal-shaped fuel assemblies and Y-shaped control rods, Hitachi suggests that the new core could fit within the reactor pressure vessel of its already- commercialised ABWR design.

Meanwhile, Canada-based Candu Energy has developed an Advanced Fuel Cycle Reactor (AFCR), which it claims is now ready for deployment in China.

A common theme of these and many other 'waste-burning' reactor projects being pursued today is that they are largely based on demonstrated technology. With the current pressure on economics plus the length of time it takes to licence and build nuclear reactors this is not surprising, and I feel it is the only way to go if we want to get any demo projects up and running in the next decade or so.

The involvement of the likes of Korea and China in these projects is also encouraging given their impressive nuclear construction records over the last few years.

But it is also perhaps an indication that the US, which was once a leader in the field, is lagging behind. This is suggested in a recent report from US think-tank Third Way, which is calling for additional government spending on advanced nuclear technology.

The report, 'Nuclear Energy Renaissance Set To Move Ahead Without US', finds that while overall nuclear energy research funding has increased (from less than $400 million per year in 2004 to more than $800 million today), funding for advanced nuclear reactor research in the US is small, and falling, comprising just 8% of the overall budget.

In contrast, countries like China (but also Japan and France), are investing heavily in nuclear innovation. For instance, China recently accelerated the timeline for a fully-functional thorium reactor to just ten years, aiming to have one in operation by 2024 - lightning-fast by US standards, says the report.

The report calls for a 'substantial increase' in federal funding to support advanced demonstration reactor projects in the US. It estimates at least $100 million per year will be needed for at least a five- year period. Over the last decade the most advanced reactor research programme received an average of $25 million per year from 2003-13. So there is some way to go.

At the same time, while it is important to support such advanced projects, R&D to improve the reactors that are being built today is rightly the priority. We need to bring the costs and schedule for new nuclear down, implement solutions for dealing with nuclear waste, and also develop technology for large-scale decommissioning programmes that are yet to come.