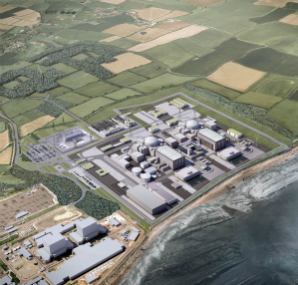 Centrica pulled out because of uncertainty on cost and schedule. No doubt its decision is a blow for the project to build a 1650 MW EPR pressurised water reactor -- for which, by the way, EDF has not made a final investment decision. But there still are lots of reasons to hope that the project will still go ahead.

First, the current adverse market conditions favour nationalised utilities (or vendors) like EDF for nuclear new-build; whether it is Russia in India, Turkey, Belarus or China, or South Korea in the UAE, state-owned developers have the deepest pockets. And those vendors that are not state-owned but wish to pursue nuclear new-build have had to act like it. In 2011, GE Hitachi proposed being a major investor in a new reactor for Lithuania (although those plans have probably been shot down by a referendum). Its corporate cousin Hitachi has recently come to the UK and is underwriting its pre-construction safety assessment (for now) as the new owner of nuclear new-build venture Horizon, after Germany-based utilities e.on and RWE sold out.

One nuclear new-build vendor who has so far not pledged to take a share of a new-build project is France's AREVA (79% owned by the French state). However, its role as the principal contractor (with Siemens) for Finland's Olkiluoto 3 has become tantamount to the same thing, since it signed a fixed-price contract to land the deal for the first non-France EPR with client TVO. Subsequent delays and cost overruns have led to litigation with billions at stake.

Second, EDF's purchase of British Energy in 2008 really only makes sense in the context of the opportunity for new-build. Seven of the eight nuclear power plants it bought at the time were based on obsolete technology whose potential for long-term operation was iffy (although their lifetimes will be extended by seven years in general). Those assets were not worth the £12.5 billion purchase cost. What was worth paying for, according to this idea, was lots of potential for new-build sites. Backing out now would harm the company's future prospects.

Third, the UK branch of EDF, EDF Energy, has had a good 12 months. Its performance in 2012 was the best for seven years, which means not only cash in the bank but also a hopeful step away from technical faults that have hurt recent performance. Commercial production of the first units of its new 1300 natural gas plant in West Burton, Nottinghamshire started in 2012 and the rest are due to come online later this year. When Centrica joined EDF in new-build, it also put in a 20% stake in EDF Energy's operating nuclear power fleet. It has not announced plans to pull out of that investment.

The most important development for EDF's new nuclear ambitions was that its nuclear reactor design was finally approved by the regulator at the end of 2012. Although it will still have to apply for a nuclear construction permit, obtaining design approval has broken the back of one of the biggest sources of nuclear new-build investment risk: the uncertainty caused by regulatory scrutiny. As of right now, the EPR reactor is the only modern nuclear power plant design that can be built in the UK. The Westinghouse AP1000 reactor is next in line; it is waiting for a customer to finish the review process.