Operating reactors - can they still compete? 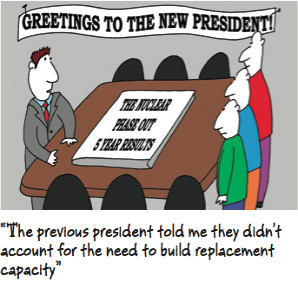 In last month’s artIcle, we looked at the difficult issues surrounding nuclear new build, which has become challenging even in high-growth markets such as China. If nuclear is to play a substantial part in energy supply this century, as advocates say is necessary, lots of new reactors will have to be commissioned. Even on favourable assumptions, this will take some time to get going, and an important task today is defending the continued operation of today’s 400 or so operating units around the world. If these shut down in large numbers, significant new build in the same (or even different) countries seems unlikely.

Although the latest new reactor designs may offer some desirable characteristics beyond those already in operation (for example, they may be smaller and offer advantages in modular construction), the arguments that support them are essentially the same: cost-effectiveness, security of supply and environmental purity. One thing the industry has learnt to its great cost over the years is that it is a lot easier to shut down an operating reactor than it is to build and commission a new one. Although some closure decisions have been made after long debates, many have been made quickly by a political whim or a sudden swing in economics. Such factors will also weigh heavily on new build prospects. If operating reactors are facing economic stress or cannot achieve widespread public acceptance, it is highly unlikely that new units will, irrespective of any technical enhancements.

Life extension of operating reactors to 60 or even 80 years is in many cases technically possible. Certainly, it is for the large light water reactors (LWRs) that are the mainstay of today’s large national nuclear fleets. Over 80% of the reactors in the USA have already satisfied their regulator that they can operate for 60 years, and some units are already testing the water for 80 years. There are obviously large costs in replacing major components, but up to now, it has been found to be worthwhile, particularly when the cost of supplying replacement power is considered. In France, too, EDF has tried to make an economic case in favour of investing the €50 billion required to extending operation of its 58 units beyond 40 years.

We can expect closures in countries where there are different older units, which are less suitable for long operation. Examples include the 14 AGRs in the UK and the remaining RBMKs (all in Russia), as well as some of the early LWRs, such as the VVER-440s in Russia and Eastern Europe. These provide examples of where closures can be used as an argument for nuclear new build, where it is deemed appropriate to maintain the nuclear share of electricity supply at a certain level. The precondition for this is that the economics are right and that the politicians can be persuaded that the public is onside. It is interesting to note that EDF’s original intention in France was the gradual replacement of older 900MW PWRs with new EPRs, but the economics no longer support this. Nuclear electricity is the same whether it comes from an old or new reactor. If it is possible to extend the operating lives of existing units, it should make better economic sense.

The case for extending the operating lives of the large LWRs breaks down if either the economics or politics begin to fail. The USA is the best example of the former and Germany of the latter.

Cheap natural gas from unconventional sources has undermined continued nuclear operation in much of the USA. More renewable energy on the grid has also affected nuclear economics in some states. Where there are still regulated power markets, largely in the southern states, reactors face less of a challenge as they can be supported by arguments including security of supply and the environment. But in states with competitive deregulated markets, notably in the North East and Midwest, reactor operators are finding it difficult to compete with cheap gas-fired power. The hope at the Federal level that nuclear and coal plants would get extra payments because they can store a lot of fuel has now evaporated. At the state level, there remains hope that nuclear plants could be included in mandated levels of clean energy, but these are facing strong opposition from fossil fuel interests allied with anti-nuclear groups. Looking at the US as a whole, it seems that 30-40 reactors are threatened by what are fundamentally economic forces. The realisation that when nuclear plants shut down, lots of high paying jobs disappear and the replacement will be almost all gas-fired electricity (rather than solar or wind) may eventually hit home, but the local nuclear industry has not made that case successfully.

In Europe, the economic pressure on nuclear plants from cheap gas is not evident so far, and it is political favour towards renewable energy that is causing plants to close. Germany provides the obvious example where all the reactors will be shut down by 2022, despite their good safety, operating and economic performance. There remain doubts on the ability to transition to renewable power under the Energiewende (energy transition), with dirty coal-fired plants the initial beneficiaries of nuclear closures. But a population afraid of nuclear power appears willing to accept the financial cost of shutting down nuclear plants (in higher power prices) while hoping that the carbon emissions from more coal-fired generation will be only temporary.

Political limits on reactor lives, almost irrespective of safety assessments, are also relevant in other European nuclear countries such as Belgium, Sweden and Switzerland. With no prospect of new nuclear build, this means a slow phaseout of nuclear as approved operating lives end. Across the world, in South Korea, a new anti-nuclear administration has recently limited existing reactors to 40 years of service and ended any additions to the nuclear new build programme.

Proximity to the Fukushima accident in Japan in 2011 has served to strengthen anti-nuclear forces in several other Asian markets, notably Taiwan. The twin unit Lungmen ABWRs have never been allowed to operate, and of the other reactors, all will be shut down in Taiwan by 2030. (In Korea it will be close to 2060).

The future of nuclear in France shows the subtle interplay of economic and political forces. The objective of reducing the nuclear share of electricity to 50% from over 70% was a sop to anti-nuclear sentiment from the previous Hollande government. It can be argued that 70% of power coming from one source is putting too many eggs in one basket, and the costs of refurbishing the older reactors are material. Electricity demand growth is slow at best, so cutting the nuclear share will involve reactor closures. An announcement about how this might be carried out is expected by mid-2018. Given Germany’s experience, it seems unlikely that France can shut reactors without a penalty of higher carbon emissions. The planned closure of the two Fessenheim units is predicated on the start-up of the large Flamanville EPR, but this is likely the last new reactor.

The oldest reactors in China started up in the early 1990s, with most of the fleet of 28 units today dating from the 21st century. Unless something goes badly wrong, closures are not likely to be a feature of the Chinese nuclear scene for some time. The theoretical operating life of the oldest units is 40 years, so the case must be made around 2030 for extended operation.

The situation in India is slightly different. India has some older, smaller units, including two early General Electric BWRs at Tarapur. Gradual closures of these older reactors will partly offset the commissioning of the new larger PHWRs currently under construction and planned, plus imported LWRs such as the Russian VVERs which are under construction at Kudankulam.

Finally, in Japan 42 reactors are still regarded as “operable”, but so far only a handful have come back into service since Fukushima. There is widespread scepticism about the government’s ability to achieve a planned nuclear share of electricity of 22%, which requires nearly all of the operable units to return. Most assessments foresee only 20-25 reactors ever returning, and all forecasts of when, how and where exactly this will happen have so far proved wide of the mark.

The original two-stage restart approval process, satisfying first the national regulator and then the prefectural governor, now has a third barrier. Anti-nuclear citizens groups have had recourse to the courts, complaining that their views have not been adequately heard during the formal processes, slowing down restarts. It is possible that almost all of the 42 reactors can eventually satisfy the safety authorities, but gaining local approval has always been regarded as the more difficult task.

Looking at the world as a whole, it is likely that 50-100 reactors of today’s 400 or so will shut down before 2030 – an average rate of 5-7 units per year. Some will be smaller than today’s large LWRs, but even so, substantial new build is needed to keep world nuclear power production at the recent levels (around 2600TWh per annum). Where reactors can run technically for much longer, there will be major campaigns to keep them running when closure is threatened. This will be a particular feature in the USA, where battles to save reactors such Diablo Canyon (the only operating reactors in California and set to close in 2024- 2025) have already begun.

Ultimately the case for preserving today’s operating reactors is the same as for nuclear new build. Unless people believe that nuclear power is not dangerous and is just another way to generate electricity, it is highly unlikely that they will take on board positive messages about cost, security of supply and the environment. Overcoming this fear is the precondition for nuclear to play its full part in this century’s energy supply.