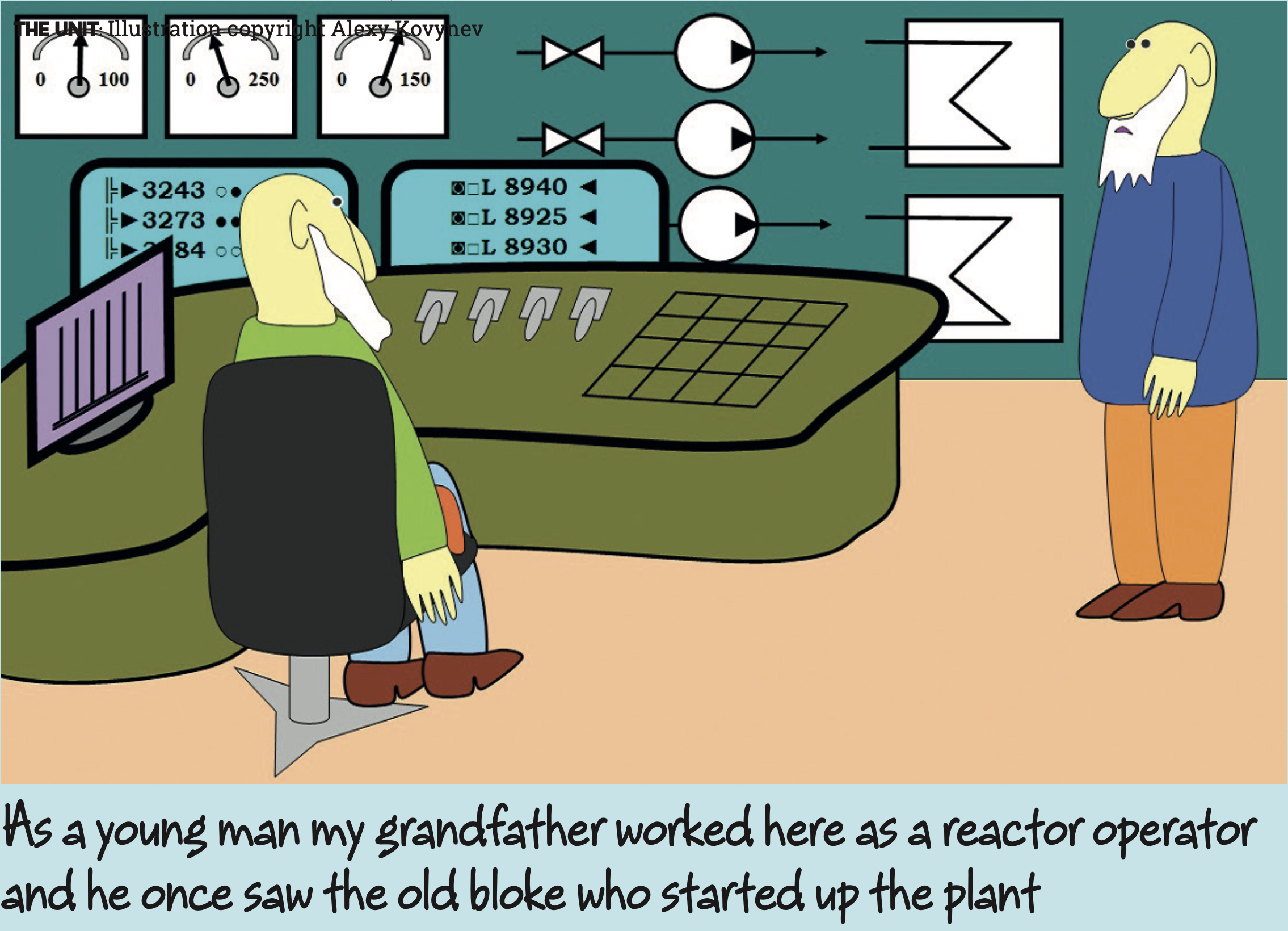 The drive to maximise reactor lifespans may be doing the industry a disservice. Instead of eking out every last minute, perhaps we should embrace innovation and renewal as a way to sustain the nuclear sector.

Workers today have been fortunate to inherit most of the world’s current nuclear fleet from the previous generation. It is by applying impressive ingenuity that it has become commonplace for them to extend the service lives of these reactors to 60 or even as much as perhaps 80 years. However, as impressive as these engineering feats are, these inter-generational lifespans make a poor basis for a thriving and innovative industry.

The assumption in the last century that a nuclear power plant would last about 40 years was based on the typical lifespan for other large baseload plants of the time – coal-fired power stations. However, the engineering that went into nuclear plants was understandably considerably more robust while the skills of today’s engineers have been well used to keep them going. They have been remarkably successful in squeezing out every ounce of extra performance using materials, technologies and analysis that didn’t exist beforehand and had perhaps not even been dreamed of when these installations were designed and built. It has been a brilliant way to get more value from existing assets.

This kind of long-term operation is exactly the right thing to do in the 2020s for reasons of both economics and environment. Numerous reports have shown that the long-term operation of nuclear plants is the cheapest way available to add low-carbon electricity generating capacity. It is as cheap as the cheapest renewable energy generation – offshore wind – on a levelised cost basis, even without considering the potential supplementary benefits of nuclear power like its reliable despatchable power and support for grid stabilisation.

It’s also a fact that when a nuclear power plant is closed it is not necessarily clean renewables, but often gas that fills the gap. In this industry we already knew this would be the case, but ultimately experience has borne that out. This reality is doubly important in 2022 as security of energy supply becomes more pressing, prices keep on climbing and countries are battling for energy independence and the sovereignty it translates to.

It is pig-headed but entirely predictable of the German government to stick to its nuclear phase-out in the face of a global energy crisis. That is even though recent polls show about one third of German Greens actually favour keeping its last three reactors running. But they’re not the only ones getting it wrong: Complacency by the British government ultimately led to the Hinkley Point B close down, despite the potential for recovery of additional residual value by extending the operating life of the plant. Several years ago, when the electricity price was £40-50/MWh (US$47-60/ MWh), EDF Energy made plans to close the reactor in mid-July this year rather than perpetually re-analyse the safety of its graphite core and make a new safety case for every operational run. However, the electricity price is now more like £400-500/MWh (US$470-600/MWh) and it would be well worth making that effort. Despite the obvious commercial opportunity, the British government somehow missed the chance to enter a dialogue with the company.

It will be technically feasible to bring the Hinkley Point B units back into operation for a while yet, so perhaps a discussion can still yield the much-needed extra power it could provide. It’s certainly clear that both EDF Energy and the government need to do a bit better for Heysham and Hartlepool, where currently four reactors are scheduled to close in 2024 across the two sites. They should start talking now because we will probably still be very much in need when that time comes. Every little counts, even for countries like the UK that don’t use that much Russian gas, because any reduction in gas usage will benefit neighbouring countries. This is a fact that the German government has been pretending not to understand. This is the purely economic case, but we must consider the climate impact of burning even cleaner fossil fuels like gas.

It is great that we can make best use of these old reactors, but don’t forget that the only reason we need them so badly is because we’re haven’t been capable of replacing them effectively. Whatever the challenges wind and solar face when trying to substitute the power and generation characteristics of an old nuclear power plant, the sad truth for the nuclear industry is that a new nuclear plant cannot usually replace an old one either.

The story of the missing nuclear renaissance is that there was demand for nuclear energy, but the industry didn’t have power plant designs suitable for most markets, the construction industry was not experienced enough, and in many countries the processes of regulation and approval for new build were out of date, onerous or close to unworkable. Market conditions for new nuclear plant building had shifted underneath an industry that hadn’t kept up. Under those circumstances it was logical as well as natural for the nuclear industry to double down on its fundamental engineering skills and turn to long-term operations. It filled a gap left by the industry’s lack of business and political savvy.

In the intervening years many people have put in a lot of work on those new build issues and it seems as if we are approaching a welcome opportunity for substantial new build in Europe. However, we should be aware that those problems will eventually come back again if we build a wave of nuclear power plants with intergenerational lifespans. Sure, utility customers might say they like the idea of an 80-year asset life, but the customer is not always right. Don’t forget it was utility customers who told the vendors to focus entirely on light-water reactors and to make them as big as possible to achieve economies of scale. Then when the time came for new-build those same utilities didn’t have the cash on hand for that scale of investment, exacerbating all the existing challenges nuclear new-build faces, and left the vendors stranded to boot. If that can happen with design lifespans of 40 years, who knows could happen if that doubles to 80 years?

Maybe the ballpark figure of 40 years was right in the first place? Even on that timescale the industry would still need an upgrade to its business acumen so that it can forge strong relationships with investors and maintain them for decades. It will also need to boost its political smarts and communication skills to make sure it can keep nuclear energy present in the conversation and its benefits front-of-mind.

It’s good, then, that the business plans for most small and advanced reactors are predicated on both shorter production cycles and more regular replacement. Let’s keep it that way, and if the industry discovers through experience that those things can actually run for much longer, it has to carefully balance that elegance of engineering against the potential losses it could bring to long-term business momentum. To avoid falling into the traps that killed the renaissance, lets create an industry with a constant drive for competitive innovation that continually renews skills and that has the effect of always keeping the industry current, not a living fossil from decades past.

I look forward to the day we don’t need licence extensions any more. When a reactor is coming to the end of its service life, we should not feel a sense of irreplaceable loss and do everything humanly possible to eke out a few more years. Rather, we should be ready and able to embrace the excitement of leaping ever forward to something even better.

Author information: Jeremy Gordon is an independent communication consultant with 15 years of experience in the international energy industry. His company Fluent in Energy supports partners of all kinds to communicate matters of clean energy and sustainable development.