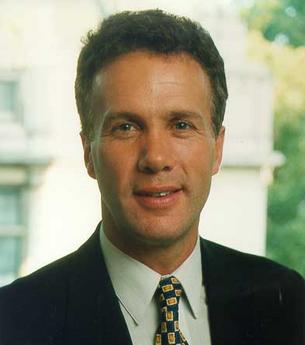 The discussion on the future of uranium enrichment has now been resolved, for now at least, in favour of gas centrifuge technology, as already used on a commercial scale by Urenco and Russia. Laser enrichment is retained as a possibility for the future, but achieving substantial capacity at low operating costs has so far proved difficult.

More recently, however, some new issues have come up which are relevant to the enrichment sector. Firstly, the recent rise in the uranium price (see article in April issue) means that there should be an increased demand for enrichment. This is because utilities have flexibility in choosing the relative amounts of uranium and enrichment to commit to produce enriched uranium – if one component becomes more expensive, it is logical to use more of the other. Secondly, much recent attention has focused on the quality of nuclear industry supply infrastructure, with the sudden realisation that it is perhaps rather more fragile than we thought. In the enrichment sector, however, there are huge sums being committed to new facilities in the USA and France, in addition to the continuing programme of investment at the existing gas centrifuge plants. Finally, there are all the nuclear technology proliferation concerns which have cropped up in recent months. Many of these are focused on uranium enrichment and have led to popular media interest in what was formerly regarded as a rather obscure subject. The proposals to deal with these concerns are highly controversial and will undoubtedly have some effect on the commercial nuclear sector.

It’s clear that the increased uranium price, assuming it is sustained, will push up world enrichment demand. This is because, in seeking a quantity of enriched uranium to fabricate as fuel, utilities can choose an optimum contractual tails assay. The U-235 assay of the tails (depleted uranium) depends on the amount of enrichment applied to the natural uranium supplied as feedstock for enrichment. In recent years, there has been a significant difference between the tails assays typical for Western and Russian enrichment plants. In the West, low uranium prices have pushed the optimum tails assay up to around 0.35%, but in Russia, substantial spare enrichment capacity and an increasing shortage of natural uranium has pushed tails assays down as low as 0.10%, as stockpiles of depleted uranium (including material from the West) have been sent through the enrichment plants again.

With the substantial increase in world uranium prices, the optimum tails assay for Western utilities will now move down from 0.35% U-235 to around 0.30% and potentially head towards 0.25%. This will have a major influence on enrichment demand – in the USA alone, a movement from 0.35% to 0.30% will increase enrichment requirements by about 1 million separative work units (SWUs) per annum, but reduce uranium demand by around 2000tU per annum. With the uranium price rise so recent, it is maybe a little early to make such assessments, but we can at least now say that enrichment demand over the next few years is set to be substantially greater than was thought.

This has clear implications for commercial enrichment facilities. It’s clear that a major investment programme in these is long overdue. The large gas diffusion plants in the USA and France are now very old and inefficient in their use of electricity, and gas centrifuges are the clearly preferred replacement technology.

Indeed, it has only been the arrival on the world market of a substantial number of SWUs from downblended Russian HEU which has allowed the heavy investment programme to be delayed. It can be argued that this, plus surplus enrichment capacity in Russia, has prevented the supply problems apparent in other areas of the fuel cycle. For example, disruptions at McArthur River, Olympic Dam and Ranger mines and the realisation that the primary uranium sector has been severely battered by financial pressures for many years, have been partial causes of the sharp increase in uranium prices since early 2003. Also, the suspension of production at the Metropolis uranium conversion plant has highlighted that there is very limited spare Western capacity in this area (a position which will worsen with the closure of BNFL’s Springfields facility in 2006).

These new facilities are a mixture of replacement and incremental capacity. The new investment is very welcome, but getting the new plants running well and on time will be very challenging. For the two US plants, in addition to the technical challenges, the Nuclear Regulatory Commission (NRC) has a very heavy workload for licensing, with Yucca Mountain, plant uprates, relicensing and possible new capacity applications all coming along at the same time as two new enrichment facilities.

It’s clear that a major investment programme is long overdue

Any shortfall in Western capacity can be made up by the surplus in Russia. It is believed that the Russian gas centrifuge capacity is around 20 million SWUs per annum but it is expected that this will rise slowly as old centrifuges are replaced by new improved models. It is clear that Russia now wishes to sell higher value nuclear services, rather than being seen as a cheap fuel supplier, and its enrichment capacity is a key to this. The strategy is sometimes referred to as ‘SWU for U’ in the sense that a large amount of the capacity is already being used to enrich tails material, both sent to Russia from Western enrichment plants but also domestically sourced. However, the Russians would eventually like to supply their enrichment services directly to all Western utilities, something which is presently not possible owing to trade restrictions.

Finally, turning to the renewed proliferation concerns, these essentially started with the North Korean claim that they have an operating centrifuge enrichment programme. There remain substantial doubts about the status of this but it has been followed by further revelations from Iran and Libya, showing that they have had similar programmes. Centrifuge enrichment technology is very difficult to master but, in each case, substantial progress has been made towards enriching uranium to weapons-level assays.

The common link in each of these countries has been technology transfer from the enrichment programme in Pakistan, which uses old Urenco-derived centrifuge technology. This has clearly worried those concerned with weapons proliferation, although the quantities of enriched material produced and its assays remain unknown. Now Brazil has added to the worries by refusing to accept full IAEA inspections at its enrichment facility at Resende. The reason given for this is advanced knowledge-protection (the Brazilian programme is essentially independent) but suspicions persist that there are hidden weapons intentions.

These revelations have led to proposals for strengthening the non-proliferation regime. In addition to the need to accelerate adherence to the IAEA Additional Protocol, the USA has proposed that enrichment facilities should be confined to the small number of countries already involved in the business. These will then offer full and fair trade to only those who accept full scope safeguards. A similar regime is proposed for spent fuel reprocessing, which also carries proliferation risks.

The idea of limiting enrichment, reprocessing and perhaps also spent fuel (international repositories?) facilities to a small number of countries has a good and bad side. Such facilities need economies of scale and having them spread over many countries must imply higher costs. The downside is that such proposals could also potentially serve to limit competition and push up prices for buyers. Some commentators certainly see the US proposals as having a commercial slant – memories are long in the industry, going back to when the USA had a stranglehold over fuel supply through its monopoly supply of enrichment services.

The other important point is that the civil nuclear fuel cycle has never been a significant contributor to weapons proliferation, so constraining it in various ways will not get to the root of the problem. Nations seeking nuclear weapons have taken more direct routes without any civil justification.

It must therefore be hoped that whatever arrangements are brought in to meet proliferation objectives do not diminish competition in this important sector and allow nuclear utilities around the world to secure regular and timely supplies of enrichment services at keen prices.