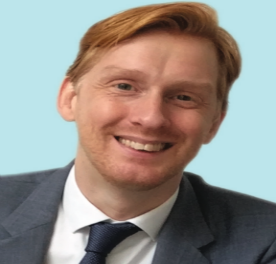 Jeremy Gordon considers the legacies we have inherited from previous generations, both radioactive and otherwise.

CALLING RADIOACTIVE WASTE THE ‘toxic legacy’ of the nuclear industry is an easy way for opponents of nuclear to score points. The phrase is annoyingly accurate on the face of it: it is indeed toxic and is indeed going to require management, or at least some oversight, from future generations. But that makes it hardly different to the by-products of any other activity our civilisation has undertaken since the industrial revolution. How many industries can you name that do not keep a dangerous legacy for our children and our children’s children? Even the houses we live in will collapse one day, and if society suddenly stopped, almost every square inch of our cities would end up dusted with dangerous materials.

In a report to the European Parliament last year the EC summarised the status, volume and cost of radioactive waste management in all the bloc’s 28 member states. It noted that the total volume of radioactive waste from all sources at the end of 2016 was 3,466,000m3, which is about 7 litres per capita, and assessed the cost of ultimately disposing of it all at €422-566 billion. Of the total, about 200,000m3 remains in storage awaiting disposal, including 6000m3 of high-level waste, most of which is used fuel from power generation.

My back-of-the-envelope calculation indicates that across the EU, there is an average of about 0.12 litres of high-level waste per person — the same volume as a scoop of ice cream each.

The nuclear waste has been built up over 70 years by three generations: my own, my parents’ and my grandparents’. Should I resent the toxic legacy that I have been bequeathed by my ancestors? It is roughly 0.08 litres of high level waste — about the same as a double espresso shot. My drawer of dead cellphones has an order of magnitude more toxic waste than that.

Like many people reading this, I have visited interim storage sites, such as at Sellafield in the UK and La Hague in France. I have seen the pools and stood on top of the vitrified wastes in the medium-sized buildings in which they are stored. I suppose it would be better if they were smaller. In Hungary, I have stood on top of the used fuel assemblies from the Paks plant, which supplies about 40% of the country’s electricity. It’s another medium-sized industrial building.

Isaac Newton said he was merely standing on the shoulders of giants, using knowledge and technologies refined by many generations of scientists before him. Similarly, our civilisation and way of life is built on layers and layers of infrastructure and legislative work by generations before us.

These gifts from the past enable and empower us in important ways and have lifted us from hunter-gatherers to whatever it is we are today. But they also invisibly curtail our freedom in other ways. The legacies of choices made long ago by people who did not necessarily represent us decimated wildlife, unwalkable car-centric cities, and social structures that have sidelined and exploited women, indigenous people and minorities of many kinds.

Now we are like fish becoming aware of the water. A great many things need to be factored in, to focus on the universals of human development and make amends for injustices of the past.

I’m disappointed by the mistakes made in the early days of the nuclear business, which hurt some people, upset many more, and have undoubtedly made the issues of waste and public image far larger than they needed to be. And I would prefer if we already had a permanent management solution for used fuel and high-level waste.

For sure, holding on to radioactive wastes and keeping them contained is a genuine burden my generation has inherited. But no, that 0.08 litres of high-level waste doesn’t bother me. In terms of intergenerational equity I’m rather more resentful that oil companies discussed the effect their business was having on the climate 40 years ago but ignored the information and carried on as normal, putting hundreds of billions of tonnes of dirt into the atmosphere. The people who took that decision have now retired or passed away, leaving their children — me and you and everyone else at working age — to cope with the impacts.

If we want to criticise previous generations, let it not be for using nuclear energy and passing on their wastes to us. Let it be because they should have used much more of it.