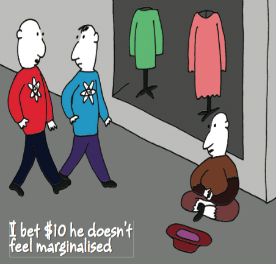 The energy news from 2017 provided the usual mix of positive and negative stories. Steve Kidd reviews some of the main developments, including the progress on using nuclear for curbing climate change.

THE FUTURE OF NUCLEAR will largely be decided in large countries that consume most of the world’s energy. There are always positive-sounding stories about various countries seriously considering nuclear power for the first time, but these are unlikely to have the same impact as what, for example, the USA or China decides to do on energy policy.

In October, the International Atomic Energy Agency (IAEA) held a three-day ministerial meeting on nuclear energy in the United Arab Emirates (UAE) which threw the spotlight on the Middle Eastern countries which may or may not seek nuclear energy. Some beyond the UAE (which has four reactors with construction well advanced) may eventually get there, but it is a long and slow process. Saudi Arabia is the most likely, but plans for nuclear have been discussed for many years there and are still making only slow progress.

Lower oil prices do not help the major oil producers finance a shift away from fossil fuel dependence. Yet news at the end of 2017 that Bangladesh has started construction on its first reactor shows that even developing countries can begin to establish realistic nuclear programmes if the will is there.

The continued operation of existing reactors is half of the battle to achieve higher nuclear shares of world electricity supply in the future. New reactor programmes attract a lot of comment and discussion but keeping those already established is vital. Germany unfortunately continues to look like a hopeless case, with few signs of any U-turn away from the decision to phase out nuclear by the early 2020s. In France and the USA, however, things look better at the end of 2017 than they did at the beginning.

US and France support existing fleets

In France, the practical difficulties of reducing the nuclear share from over 70% of power generation to 50% have become apparent. With only slow growth of power demand, reactor closures will be necessary and these involve a lot of jobs losses and hence conflicts with organised labour. More importantly, the German example suggests that replacing shut down nuclear plants with renewable energy is not practical and will only promote more use of dirty fossil fuels. Hence France will find it very hard to meet its environmental objectives. The difficulties of EDF financing the expenditure necessary for reactor uprates – needed to keep reactors running after 40 years – is another factor, but it is the overall national plan on energy which is the key. The Macron administration is only now finding its feet on energy matters and will be watched closely in 2018. Having become so dependent on nuclear, providing relatively cheap and clean power, what is France now going to do as the reactors age?

In the USA the news from the new-build side has been terrible, with one of the twin AP1000 programmes abandoned and the other limping forward. For now, the future of the almost 100 reactors already in operation is more important. The Trump administration said it will take steps to revitalise and expand the US nuclear sector and this includes examining how power markets can disadvantage nuclear.

To meet security of supply objectives, the Department of Energy has proposed a rule for consideration by the Federal Energy Regulatory Commission that would strengthen the market position of coal and nuclear units by providing them with payments that reflect their full costs, if they have a certain amount of fuel on-site. Also state level proposals would include nuclear in mandated levels of clean energy, where it has previously been excluded.

Fossil fuel plant owners and renewable energy groups, among others, have opposed all these proposals, but they at least reflect a renewed interest in serious energy planning rather than just leaving things to the market. Low gas prices have led to economic pressure on everything apart from gas generation, with renewable energy being heavily subsidised.

New-build scaled back in Asia

On the new-build side, things unfortunately look rather worse at the end of 2017, as can be seen in China and South Korea. There are rising concerns about the likely magnitude of the Chinese nuclear programme (August 2017, pp. 10-11 ‘Nuclear in China – why the slowdown?’). Future positive projections of world nuclear growth rely on a huge contribution from China, often amounting to over half of the new reactors. New reactors being commissioned are mostly Chinese units. It is clear, however, that the programme has slowed sharply with no approvals for new reactor construction starts for the past two years. The optimists see this as a temporary phenomenon, awaiting the startup of the first AP1000 units at Sanmen and Haiyang, and the EPRs at Taishan. The alternative interpretation is that China is at last facing the stream of negative issues that affect nuclear elsewhere in the world, such as rising costs, lower power demand, competition from other generation modes, a push towards renewable power and public acceptance challenges. Expectations of how many nuclear units China will commission in the 2020s and beyond are continuously revised downwards.

In South Korea, the election of a President with a long-term nuclear phase-out strategy has been tempered by the approval, by a citizen’s jury, of continued work at those few reactors currently under construction. These will likely be the last new reactors there and with operating reactors mandated to shut down after 40 years (irrespective of any safety consideration), the phase-out plan is still in place. It could be reversed by allowing older units to continue operating, but the government successfully tapped into a lot of anti-nuclear sentiment during the election campaign. Whatever happens (and the operating reactors in South Korea are a lot newer than those in France and the USA) there is no longer any expectation that an average of one new unit per year will be commissioned in South Korea throughout the 2020s.

Nuclear advocates continue to rely on its environmental credentials but this remains a flawed strategy. The conference statement from the IAEA ministerial conference said that nuclear power is not attracting enough investment to limit climate change, and more clarity from policymakers may be needed to support its development. It suggested that one way to spur growth of nuclear power and help limit global average temperature increases to 2 degrees Celsius would be to include nuclear energy in definitions of clean energy incentives. But IAEA officials noted that only about ten countries currently do so.

This is the problem. For most people, tackling climate change and dirty air in cities means more renewable power. While the problems of replacing fossil fuels and nuclear with wind and solar are gradually becoming apparent, pushing for more nuclear as a solution will not work while most people remain afraid of it. It is not going to become part of national energy plans unless something fundamental is done to address this. And to the contrary, much of the push towards clean energy will explicitly exclude it.

This was highlighted in November at the 23rd annual conference of parties to the UN Framework Convention on Climate Change (COP 23) in Bonn. Nobody wanted to talk about nuclear there, and it was confined to a few fringe meetings promoted by pro-nuclear organisations. One big issue this year was how to proceed following the USA’s notice of withdrawal from the 2015 Paris Accord. Interestingly its delegation came and promoted the joint interests of coal and nuclear, consistent with the new policy focus mentioned above. This has the unfortunate effect of identifying nuclear with the interests of the coal lobby, which should be the real pariah in climate change. Several countries indicated less firm intentions of lowering carbon dioxide emissions, especially by maintaining a commitment to high levels of coal use. The host country, Germany, found itself in a difficult position with its lack of progress reducing emissions, as it has a long-term commitment to a high level of coal dependence along with cutting back the role of nuclear power.

One fundamental question is whether the COP process and the Paris Accord have anything to do with seriously curbing climate change. They do not discuss nuclear power (nor hydropower for that matter) so how can all the people gathered there seriously be concerned about averting global warming? Are they not just there as lobbyists for the various renewable energy alternatives? Germany is providing a good example of how difficult it is for renewable technologies to achieve reduced carbon emissions, so how can they ignore two large technologies that can clearly do so, given the right backing? Each country can achieve its environmental targets by whatever means it deems acceptable, but how credible is the process when all they are talking about is renewable energy programmes that seem unlikely to achieve what is expected of them?

Nuclear advocates are holding out hopes that nuclear will be included with renewables as a clean form of energy. They try to come to an accommodation with a process that has been overtaken by lobbyists who reject scientific evaluations of the merits of alternative energy options. As a result, nuclear is dumped in the ‘unacceptable’ box along with coal. Nuclear is attacked from all sides – from the environmentalists promoting renewable energy and from the fossil fuel interests. Although the fossil people at least are not claiming that they are serious about averting climate change, they have historically been nuclear’s biggest opponent. This battle is now out in the open again in the USA, where coal, oil and gas interests can see nuclear making some (minor so far) inroads into public policy.

If nuclear is not going to remain marginalised in most national energy policies, it has to try the different approach long advocated in these columns. It is not sufficient to wait for renewable energy to get found out for what it really is, which is very limited in suitability for developed economies requiring intensive and reliable energy supply. It is hard to persuade people that everything they have learned about nuclear power and radiation is wrong, but this needs to be tackled head on. If people are afraid of a technology, it is highly unlikely that it will become acceptable, even as a last resort after all else has failed. Switching to a new paradigm away from fear of nuclear is incredibly difficult when the whole institutional setup of the nuclear industry supports the fear. But a start has to be made somewhere: accepting that current nuclear advocacy is not going to work, is the first step.

About the author: Steve Kidd is an Independent nuclear consultant and economist with East Cliff Consulting