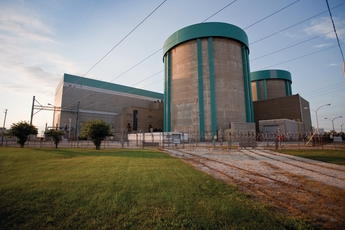 The US Nuclear Regulatory Commission (NRC) has extended its orders transferring the licences for the La Crosse and Zion nuclear power plants from EnergySolutions back to the plant owners until late 2022. This is the third time the NRC has extended the effectiveness of the licence transfer orders for the decommissioned plants since approving them in 2019.

EnergySolutions, which took over the licences for the Zion plant in Illinois and the La Crosse boiling water reactor in Wisconsin for expedited decommissioning, requested the 12-month extensions as it works to respond to NRC requests for additional information on the final status survey reports (FSSRs) for the two sites. The NRC issued the extension orders for La Crosse and Zion on 30 August and published notice in the 7 September Federal Register.

EnergySolutions subsidiary LaCrosseSolutions acquired the La Crosse site licence from the Dairyland Power Cooperative in 2016. In November 2019, the company announced that it had completed physical work to decommission the plant, which was shut down in 1987 and had already been partially decommissioned.

In September 2019, NRC agreed to the transfer of the La Crosse license back to Dairyland Power. Unless good cause could be shown for extending it, the NRC order was to become null and void if the licence transfer was not completed within one year. LaCrosseSolutions applied to NRC twice to extend the order’s September 2020 expiration date for an additional six months, in June 2020 and again in February 2021. NRC approved both extensions.

In August this year, the company asked for a further extension of an additional 12 months to September 2022. LaCrosseSolutions noted that NRC staff is continuing to review the site’s FSSRs and additional time would be needed to address any questions or potential.

As to Zion nuclear power plant, EnergySolutions subsidiary ZionSolutions requested in August that the transfer of Zion’s licence back to Exelon Generation be extended by 12 months, after previously being granted two six-month extensions, in October 2020 and in May 2021. NRC first approved the transfer order in November 2019, following ZionSolutions’ completion of the majority of decommissioning work at Zion.