Ukraine pushes ahead with fuel diversification 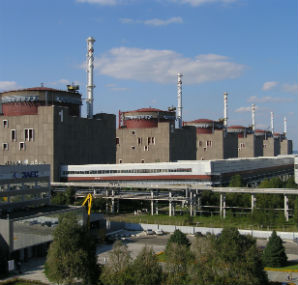 He said he had signed a letter to the prime minister describing the agreements with Bank of America, Merrill Lynch and OPIC [Overseas Private Investment Corporation] "so that we can receive $250m for 25 years at a very low credit rate - less than 7%".

Nedashkovsky said that the funds could be raised without government guarantees and they could be secured by OPIC, although Energoatom must pass due diligence and US company Holtec International, which is contracted to build the facility, must pass an environmental impact audit. He said that the cost of the first phase of the storage facility is $300m which includes the cost of a large number of containers. "We are to pay $78m for technologies, first test batches, licensing and other things. This is the investment element," he said. Nedashkovsky said that the rest of the sum is the cost of containers to store used nuclear fuel. The estimated total cost of the project, according to the feasibility study, was $460m.

In late October, Holtec signed a memorandum of understanding (MOU) with Ukrainian engineering company Turboatom whereby the technology for the production of the dry storage casks will be transferred by Holtec under a contract signed by Energoatom and the two companies. Energoatom said the MOU defines the scope and terms of collaboration between the partners in the construction of the central storage facility and acknowledges the transfer of technologies for the manufacture of Holtec's HI-STORM used fuel storage casks to Turboatom.

The projected cost of Turboatom's services to Holtec could reach $200m over the next 10 years, including some $60m for equipment. Holtec and Turboatom plan to sign a commercial contract for the project by January 2016, according to Energoatom.

The contract with Holtec was initially signed in 2005 but has suffered delays and undergone several amendments.. Ukraine's parliament in 2012 adopted a law on the siting, design and construction of the facility to store used fuel from Ukraine's Russian-built VVER nuclear power reactors.

In January, Energoatom and Holtec signed an amendment to the contract to build the facility at the Chernobyl NPP and supply used nuclear fuel dry cask storage systems. The storage will receive used nuclear fuel from nine reactors - seven VVER-1000s and two VVER-440s - at Rivne, South Ukraine and Khmelnitsky. Zaporozhe NPP operates its own on-site used fuel storage facility that was commissioned in 2001.

The amendment gave Energoatom responsibility for the civil design and construction of the facility, while Holtec is responsible for the design and supply of used nuclear fuel dry storage, transport and related equipment. The equipment will be delivered by the end of 2020, with the "key developmental stage" set as 2015-2017. Holtec will supply 94 used nuclear fuel storage systems for the facility.

Meanwhile, another batch of used fuel from Ukraine was delivered to Russia's radiochemical plant PA Mayak in early November. "The special-purpose rail train has delivered irradiated fuel assemblies from VVER-440 reactors at Rovno nuclear power plant for further reprocessing," a PA Mayak statement said. The export of used fuel from Ukraine to Russia is carried out under a 1993 scientific, technical and economic cooperation agreement between the governments of Russia and Ukraine. Uranium produced as a result of the processing will be used to fabricate fresh fuel, and the fission products will be vitrified and returned to Ukraine as conditioned radwaste.

Ukraine has traditionally relied solely on Russia's TVEL for supplies of nuclear fuel, which is then returned to Russia for processing. However, last December Energoatom and US-based Westinghouse (part of Toshiba) agreed to "significantly increase" nuclear fuel deliveries to Ukrainian nuclear plants until 2020.

Westinghouse originally signed a fuel supply contract with Energoatom in 2008 under which it supplied a total of 630 nuclear fuel assemblies to the three Russian-design VVER-1000 reactors at the South Ukraine.

Nedashkovsky was dismissed from Energoatom in 2012 after the US fuel became deformed inside the reactor core causing significant damage to the South Ukraine plant and leading to a lengthy unscheduled outage at two of the units. No Westinghouse fuel was subsequently used in Ukraine's reactors pending further modifications and tests (see also Diversification of the nuclear fuel market). However, following the change of government in Ukraine, the policy of fuel diversification was reintroduced and some modified assemblies have again been used at South Ukraine supported by special in-core monitoring.

The use of Westinghouse fuel assemblies at Zaporozhye will require a licence from the State Nuclear Regulatory Inspectorate of Ukraine, which Energoatom said it expects will be issued in the spring of 2016. First, it said, the current fuel campaign at South Ukraine 3 needs to be completed - in February 2016 - and then assessed. If and when the licence is granted, Energoatom said it plans to order five supplies of fresh nuclear fuel from Westinghouse - two for South Ukraine and three for Zaporozhye.

Should the use of Westinghouse fuel be significantly increased in Ukraine, the option of sending the used fuel to Russia for processing will not be available - hence the need for a central storage facility in Ukraine. Ukraine has also been in talks with Areva about the possibility sending used fuel for processing to France.