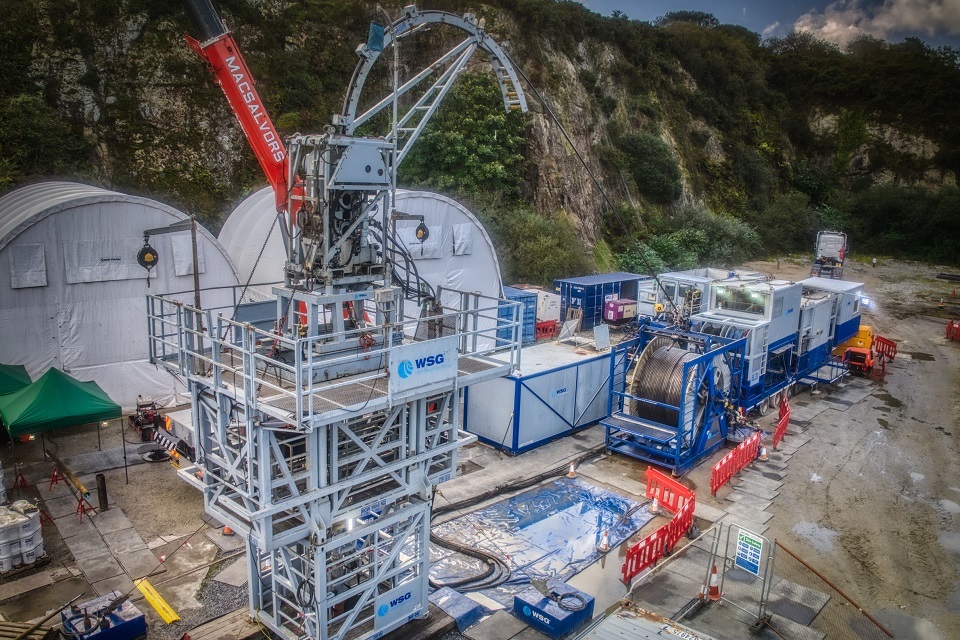 The UK’s Nuclear Waste Services (NWS) has sealed existing boreholes at Rosemanowes Quarry, Cornwall, as part of a vital research project for the safe and permanent disposal of higher activity radioactive waste.

In the search for a suitable site for a Geological Disposal Facility (GDF), drilling and sealing boreholes will be key. The GDF developer, NWS, is conducting a project worth more than GBP5 million ($6m) borehole sealing.?A GDF will make a major contribution to the environment by safely and finally disposing of waste which otherwise would have to be stored and maintained for thousands of years above ground.?

The UK search for a suitable site is a nationwide process based on community consent and includes detailed investigations over a number of years. Community Partnerships, which have formed in Mid Copeland, South Copeland, and Allerdale in Cumbria, and Theddlethorpe in Lincolnshire, are engaging in a dialogue with local people to ensure they have access to information about what hosting a GDF might mean.

During the process of exploring if a site is suitable to host a GDF deep boreholes will be drilled to investigate the geology of the location. NWS will then need to seal these boreholes as part of the site restoration programme to minimise impact on the environment.?

The initiative is part of the wide-ranging research and development (R&D) programme that will support construction of a safe and secure GDF deep underground.?

Prof Simon Norris, Principal Research Manager at Nuclear Waste Services and project technical lead, said: “The aim of this research project is to demonstrate the process we plan to use for sealing deep boreholes during future investigations into potential sites for a geological disposal facility.?We want to show that we have the necessary toolkit of approaches, procedures, and equipment to seal any boreholes we may construct in the GDF siting process, and this research was a step closer to achieving this goal.”?

The latest phase of this project was carried out at the Borehole Test Facility at Rosemanowes quarry in Cornwall. The site, formerly a working quarry, now offers access to one of the most comprehensively mapped well systems in the world.??

Bentonite clay was used as sealant because of its low permeability and swelling properties, with cement being used for seal support. Commonly found world-wide and used in international waste management programmes, bentonite will also be packed around some GDF waste packages as part of the engineered barrier system that will isolate and contain disposed waste in the UK Geological Disposal Facility.????

The DPS tool is being tested in different locations with varying rock types and at varying borehole depths. The first successful test was in Sweden in 2018 in a 200m borehole, followed by a 300m borehole in clay in Harwell, Oxfordshire. The UK search for a suitable site is a nationwide process based on community consent and includes detailed investigations over a number of years to ensure a GDF can be constructed safely and securely.

Image: Demonstration of the borehole sealing technology at the Rosemanowes Quarry in Cornwall (courtesy of NWS)