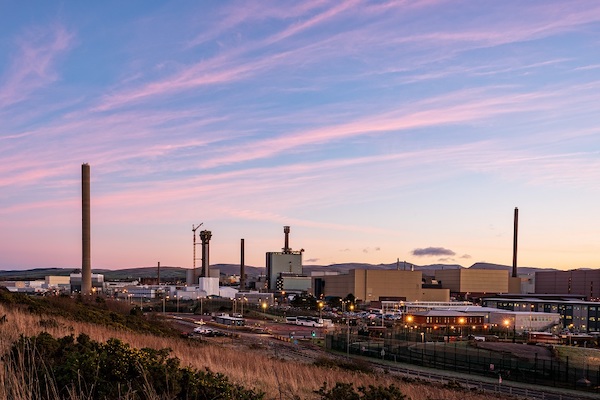 Sellafield announced that it had packaged all foreign-owned wasted ready for return. The work is part of the closing out of commercial reprocessing contracts. Sellafield received used nuclear fuel from around the world to be reprocessed at its Thorp plant, generating £9 billion ($11.9bn) in revenue for the UK. Waste created during the process remains the property of overseas customers who are contractually obliged to take it back.

Before it is returned, Sellafield converts the waste, known as highly active liquor, into glass. Vitrification, makes it more stable and easier to handle. It is then packaged into metal containers and ‘pre-attributed’ at Sellafield’s Residue Export Facility. This means it is weighed, cleaned, inspected, and monitored for gamma radiation, and then set down for storage. The work began in 2008. In total, 1840 containers have been prepared and cleaned.

Stuart Pearson, Sellafield Ltd’s head of high level waste plants, said: “We have delivered on our commitment to our overseas customers.

More than half have been sent back to customers in Japan, Switzerland, Germany, and the Netherlands. The remaining containers will be sent back to Japan, Germany and Italy over the next six years. Japan is the biggest customer, with half of all containers returning there. Waste returns are managed by Nuclear Transport Solutions (NTS).