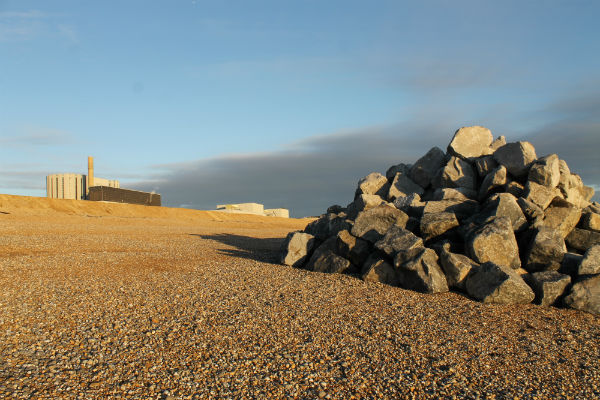 According to the UK Office for Nuclear Regulation (ONR) an incident involving corrosion at the Dungeness B nuclear plant has been rated level 2 on the International Nuclear and Radiological Events Scale (INES).

The level 2 rating implied no impact on people and the environment and no impact on the radiological barriers and controls at the facility but it did imply degradation of defence in-depth.

The rating was assigned on 31 December and reported by ONR to the information channel on nuclear and radiation events, supported by International Atomic Energy Agency on 17 January.

ONR said the discovery followed a September 2018 instruction on corrosion management at nuclear facilities. ONR asked Dungeness B owner and operator EDF Energy to carry out a review and reassessment of safety, addressing the corrosion of concealed systems that fulfil a safety function. The inspections showed that seismic restraints, pipework and storage vessels associated with several systems providing a safety function were found to be “corroded to an unacceptable condition”.

“This condition would have been present whilst the reactor was at power, although the affected systems were not called upon to perform their safety function,” ONR said.

At present, the Dungeness B’s two units are shutdown as part of EDF Energy’s “recovery programme" and EDF Energy has identified a number of additional commitments that will be fulfilled prior to returning either reactor to service. Measures are being taken to eliminate the corrosion, including the upgrading of more than 300m of pipeline associated with reactor cooling systems and renewal of numerous seismic pipework supports and remediation of carbon dioxide storage vessels. Dungeness B comprises two 535 MWe AGR reactors, which began into commercial operation in 1985 and 1989.

ONR said it is continuing to engage with EDF Energy “to monitor progress against commitments” and EDF Energy “has an ongoing investigation underway to establish the causes of this issue”. There were no safety consequences to people or the environment. “The event was related to the erosion of the normal levels of defence in depth associated with the operation of a nuclear power station in the UK.”

An EDF Energy spokesman told NEI that safety is EDF Energy’s overriding priority, and as such the company has taken steps to accelerate its work on identification and repair of corrosion of back-up systems at Dungeness B.

"EDF Energy decided to proactively rate the issue as level 2 on the INES scale to give appropriate weighting to it, as the company continues to work professionally to rectify the corrosion and ensure continued, safe reliable operations at Dungeness B," he said.

"The reactors at Dungeness B remain shut-down as the company extended the statutory outage to facilitate completion of work on plant affected by corrosion. This also allows EDF Energy’s engineers and specialist supply chain contractors to continue working to rectify the issue with a view to ensuring ever greater plant performance in the future.

"This accelerated conventional plant maintenance, together with the thorough programme of planned maintenance involved in our double reactor outage, will help underpin the company’s aspirations for reliability and even greater output to 2028 – and beyond."

EDF Energy expects the two Dungeness units to return to service in late February 2019, according to its website.