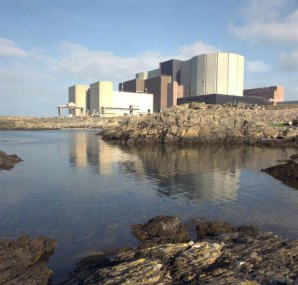 Unit 1 at the UK's Wylfa nuclear plant in Anglesey (Wales), the world's last operating Magnox reactor, was closed down on 30 December after generating electricity for five years longer than originally planned.

The two units at Wylfa were both scheduled to close at the end of 2012, but Magnox Ltd - which manages and operates the plant on behalf of the NDA decided to shut down unit 2 in April 2012 so that unit 1 could continue operating in order to use up the existing fuel stocks. The manufacture of Magnox fuel had ceased in 2008. "Wylfa was originally due to shut in 2010 but the pioneering Inter-Reactor Fuel Transfer, or IRX process, was endorsed by the regulators and enabled another five years of operations," NDA said.

In September last year, the Office for Nuclear Regulation (ONR) approved Wylfa's periodic safety review and allowed unit 1 to continue operating until the end of 2015. The nuclear plant was the last and biggest in the UK's fleet of 11 plants based on the Magnox design that "gave the nation's scientists a global lead in the race to develop nuclear energy for homes and businesses", NDA said.

In 1956, the UK marked the start of a new nuclear era when the first Magnox plant was opened at Calder Hall in Cumbria. Its 190MWe output was enough to supply 200,000 homes. When the 1000MWe Wylfa station opened in 1971, it could supply 40% of Wales' total electricity needs, and was the world's most powerful nuclear power plant.

Wylfa is adjacent to the site where UK company Horizon Nuclear Power proposes to build a new nuclear plant, using Hitachi-GNuclear Energy's advanced boiling water reactor (ABWR) design. In October the plans for the £8bn reactor at Wylfa Newydd reactor completed the "safety and security" assessment stage. Horizon hopes to submit detailed plans for approval in 2017. This would be followed by first concrete being poured in 2020 for start up by 2025.

NDA said the combined additional revenue from Wylfa's "extra lease of life", as well as from the Oldbury plant's four-year extension, totalled about £1bn ($1.47bn), which has been used for decommissioning and cleanup. The final shipment of fuel from the two 217MWe units at Oldbury in Gloucestershire to Sellafield is due to take place early next year, when Wylfa 1 will begin its own defuelling programme. Fuel rods are already being removed from unit 2 and dispatched to Sellafield for reprocessing. Defuelling of unit 1 will begin during early summer 2016, with a target for the site to be fuel free by late 2018. Full-scale decommissioning will last several decades.

Defuelling began at Oldbury in early 2013 and the last of more than 52,000 fuel elements from the two Magnox reactors at Oldbury has been removed from unit 2 on 4 October. The removal of all 25,826 fuel elements from the reactor of unit 1 was completed on 11 August. The unit ceased operation in February 2012, after more than 44 years of commercial operation, with unit 2 closing in June 2011. The removal of all fuel from the two Oldbury units was achieved three months ahead of schedule.