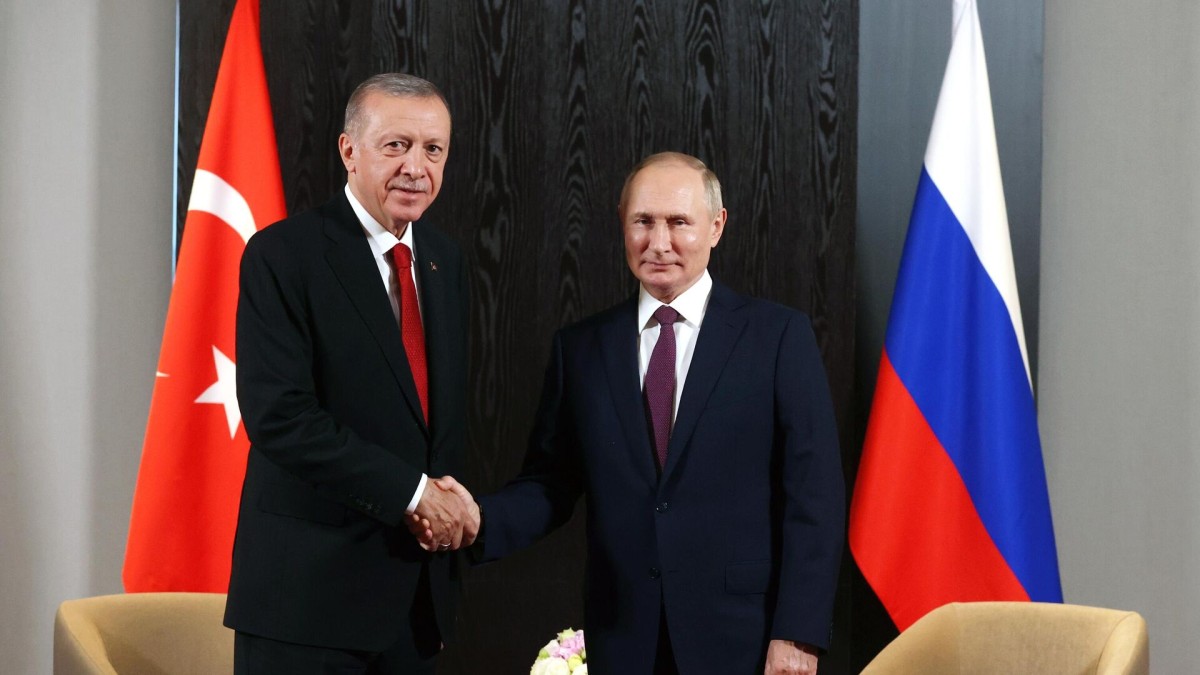 Work at the Akkuyu NPP being built by Rosatom in Turkey will continue at an accelerated pace, and the project schedule will be maintained, Turkish Minister of Energy and Natural Resources Fatih Donmez has said.

He was speaking after a two-month conflict between construction companies involved in the project had been resolved. The contract between Turkish company IC Ictas Insaat Sanayi Ve Ticaret and project company Akkuyu Nuclear, which had previously been cancelled, has now been reinstated following talks on the sidelines of the Shanghai Cooperation Organisation (SCO) summit in Uzbekistan between Russian President Vladimir Putin and Turkish President Recep Tayyip Erdogan.

The dispute arose after project company Akkuyu Nukleer, part of Rosatom, said on 30 July that it had signed an agreement with TSM Enerji Insaat Sanayi Limited Sirketi to undertake the remaining construction work at the plant after terminating its agreement with IC Içtas. TSM is owned by three Russia-based companies, according to the Turkish trade registry. "All works under current subcontracts will be transferred to TSM ... Similar new contracts will be signed between TSM and subcontractors," Akkuyu Nukleer said in a statement. A Rosatom statement alleged that “IC Ictas committed numerous violations affecting the quality and timing of work”, which is why the project management (Akkuyu Nuclear) decided to terminate the contract.

IC Içtas in turn, launched a legal challenge to the termination and said it would be suing Rosatom before an arbitration tribunal in London and also would take appropriate legal action in Turkey. IC Ictas issued a statement saying, "It is clear that the main purpose of the dissolution initiative is to reduce the presence of Turkish companies in the management of the project and to reduce it to the level of subcontractors."

According to Turkish press reports, construction at the Akkuyu NPP had effectively come to a standstill during the dispute. A construction worker at the plant told Gazette Duvar that no work had been done at the site for some time, adding that some warehouses had been plundered. He alleged that 7,000 IC Içtas workers had been dismissed. “There are employees who have been working for two-three years. (The company) continues to pay their insurance, but not their salary," he said. “The salaries were going to be paid, but it keeps getting delayed.” He estimated the number of aggrieved workers at 15,000.

An IC Içtas official told Halk TV that the daily volume of concrete used at the Akkuyu plant, which used to be 2,500-3,000 cubic metres, had fallen by 90% and had decreased to 200-300 cubic metres a day in September. He added that, the stoppage of work would result in a delay of at least 1-2 years in the commissioning of the first unit.

However, Putin said on 16 September, during a meeting with Erdogan at the SCO that all issues related to the construction of the Akkuyu plant had been resolved, and that the relevant documents had been signed. "The Akkuyu nuclear power plant project is being implemented regularly and on schedule,” he noted. “I know, and we discussed this quite recently, that there were certain issues related to the organisation of the construction process itself, and so on. As far as I know, all these issues are also closed, and yesterday the final documents regulating all relations between the parties to this large, ambitious construction project were signed." He added that he "would very much like the first unit to be launched on time, in 2023." The Russian and Turkish press subsequently reported that the contract had been returned to IC Ictas.

Rosatom is building four VVER-1200 reactors at Akkuyu, under a build-own-operate model. Construction of units 1-3 began in April 2018, April 2020 and March 2021, respectively. First concrete was poured for unit 4 on 21 July. Unit 1 is due to start operations in 2023, which is the centenary of the founding of the Turkish Republic.

Image: Russian President Vladimir Putin and his Turkish counterpart Tayyip Erdogan confirm they have settled the issues relating to the construction of the Akkuyu NPP, and relevant documents have been signed (courtesy of Reuters)